Death rates are greater if a patient is admitted to hospital via the Emergency Department over the weekend than during the working week, UNSW research finds. 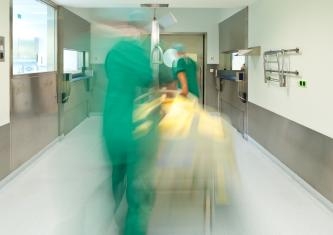 Death rates are greater if a patient is admitted to hospital via the Emergency Department over the weekend than during the working week, according to new research from the University of New South Wales (UNSW).

The study, which is based on seven years' data from NSW hospitals, shows that when it comes to certain diseases, including heart attack and some cancers, patients are up to 15 per cent more likely to die if they have been admitted via the Emergency Department from the early hours of Saturday morning until midnight Sunday. This figure is referred to as 'excess deaths'.

The research, published today in the online edition of the British Medical Journal Quality and Safety, found there were excess deaths in 16 of 430 major diagnosis groups that were assessed.

“The so-called ‘weekend effect’ in hospitals has never been analysed in a systematic way to understand the scale of the problem or why it occurs,” says the senior author on the paper, UNSW Professor Enrico Coiera.

On the implications of the study, Professor Coiera says: “The idea that we can offer reduced levels of service at the weekend might need to be re-evaluated.”

“Illness occurs 24/7 and not just in normal business hours. Perhaps the provision of hospital services, including the way that services are rostered and funded need to be examined closely to better reflect the constancy of illness,” he says.

The researchers found that excess deaths from acute heart problems (such as cardiac arrest and heart rhythm irregularities) follow a pattern associated with reduced availability of clinical services, including a lack of the full range of treatments and testing services. All the excess deaths in this group were in the first 24 hours.

But in other cases, like many forms of cancer (including Lymphoma and Non-Acute Leukaemia), the weekend effect is likely to be caused because sicker people are turning up after regular hours.

“Cancer patients might remain at home during the week despite being unwell as they are looked after in the community, but then present to the hospital because they cannot cope and need care over the weekend,” says Professor Coiera from UNSW’s Australian Institute of Health Innovation.

Other disease groups showed a combination of both trends, such as those with heart and kidney failure.

The research shows that overall, weekends accounted for more than a quarter of all hospital admissions (27%) and 28% of deaths.

“Weekend admissions are both necessary and unavoidable, and patients should not hold on over the weekend, waiting until Monday morning,” says Professor Coiera.

“However, patients and GPs should also be aware that for some illness groups, it’s not a good idea to be struggling during the week and then go to hospital on Friday. Depending on your location, you may not have the full suite of services at the weekend.”

Why research should be hacked