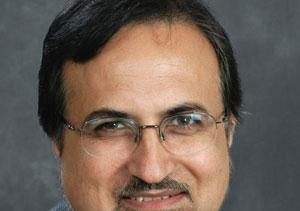 Ten out of 11 patients with severe Tourette’s Syndrome have reported improvement after receiving deep brain stimulation surgery, according to University of New South Wales research published in the American Journal of Psychiatry.

Tourette’s Syndrome is a neurological disorder characterised by repetitive involuntary movements and vocalisations called tics and can also include behavioural difficulties.

Deep brain stimulation is a therapeutic technique that involves placing electrodes at specific sites in the brain to deliver continuous stimulation from an implanted generator.

Study leader, UNSW Scientia Professor Perminder Sachdev, says deep brain stimulation may have an important role in treating Tourette’s Syndrome in its most severe form. He says tics are generally treated with medications that work well in about 50 to 70 per cent of cases. Drugs, however, can have side effects in some patients.

Eleven patients, eight of them in their late thirties with severe Tourette’s Syndrome, underwent deep brain stimulation at St Andrew’s Hospital in Brisbane - under the care of neurologist Professor Peter Silburn and neurosurgeon Associate Professor Terry Coyne - as part of the study. They were followed up initially one month after surgery and then around a year after the procedure.

Ten out of the 11 patients involved in the joint UNSW Medicine and Asia-Pacific Centre for Neuromodulation study reported immediate improvement in tic severity soon after the treatment, with an overall 48 per cent reduction in monitor tics and a 57 per cent reduction in phonic tics at final follow-up. Associated psychiatric symptoms also improved.

“Because deep brain stimulation involves brain surgery, it has some risks, even though these are low. It is therefore only likely to be used in individuals who are significantly affected by their tics,” Scientia Professor Sachdev says.

“Our study demonstrates that when suitably selected, patients can benefit greatly from deep brain stimulation.”