Falls are common in elderly people but the risk increases markedly when they have depressive symptoms and use antidepressants, new research shows. 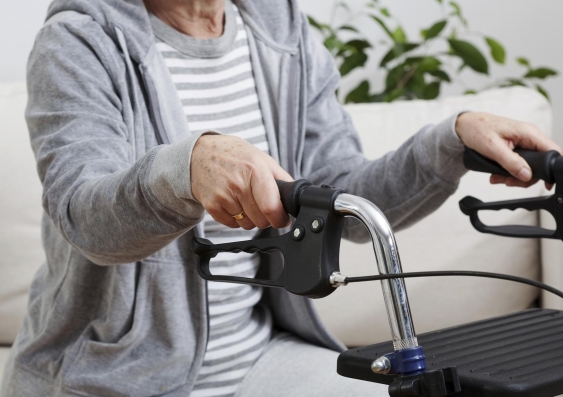 Depressive symptoms, antidepressant use, poorer balance and poorer cognitive functioning are all associated with increased risk of falls in the elderly. Image: Thinkstock

Falls are common in elderly people but the risk increases markedly when they have depressive symptoms, research from Neuroscience Research Australia shows.

Depressive symptoms, antidepressant use, poorer balance and poorer cognitive functioning are all associated with increased risk of falls in the elderly. The researchers investigated the interactions between and the significance of these risk factors.

“The more risk factors a participant had, the more likely they were to experience a fall,” says Dr Delbaere, also a conjoint senior lecturer at UNSW.

Depression and use of antidepressants increased the risk of falls independently of reduced cognitive and physical functioning.

“Depressive symptoms are a potentially modifiable risk factor for falls and should therefore be addressed in fall prevention programs, especially in high risk populations,”

The researchers suggest that therapies to reduce the likelihood of falls among older people experiencing depression should focus on a combination of physical exercise, including resistance and balance training, and psychosocial therapies such as mindfulness.

“Given that antidepressant medication may increase fall risk, treatment of depressive symptoms using non-pharmacological approaches should be considered as part of all prevention programs, especially in populations at high risk of falls,” Dr Delbaere says. “These could include stress reduction and relaxation techniques, and other cognitive behavioural and mindfulness techniques.”

The study relied on data from 488 people aged 70 to 90 living in the community in eastern Sydney who are taking part in the Sydney Memory & Ageing Study being conducted by UNSW's CHeBA. The participants underwent comprehensive psychological, cognitive and physiological assessment, and were monitored for falls over the course of a year.

The research is published in the Archives of Gerontology and Geriatrics and can be viewed here.

Brain stimulation offers hope for depression, but don’t try it at home