A registered nurse and a high school graduate are among the Indigenous students who will study medicine at UNSW after completing the intensive Pre-Medicine program. 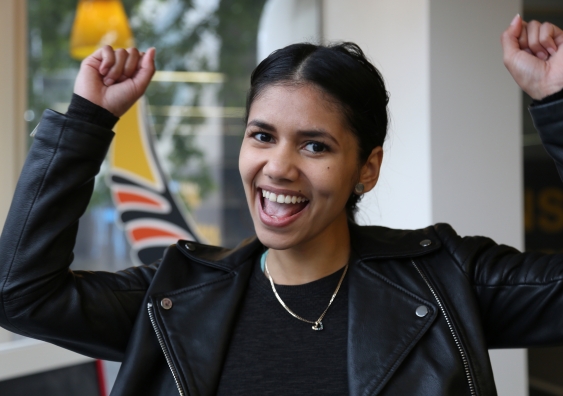 Destiny Kynuna has been accepted to study medicine at UNSW. "I think I can make more change in my community by becoming a doctor." Photo: Leilah Schubert

Growing up in Yarrabah, a remote Indigenous community in far-north Queensland, 21-year-old Destiny Kynuna witnessed the scourge of alcohol and drug addiction and their effects on the health of those around her.

Emboldened by her parents, Destiny decided she could make a difference in her community. She is now well on the way to achieving that goal: today she was accepted into UNSW to study medicine. Destiny, who has five sisters, is believed to be the first person from Yarrabah to train as a doctor.

After initially training to become a registered nurse then working in a renal unit in Brisbane, Destiny concluded she could make more of a difference by becoming a doctor.

“I think I can make more change in my community by becoming a doctor,” she says. “My ultimate goal is to work in mental health.”

“The Pre-Medicine program has probably been the most intense thing I’ve ever done,” Destiny says. “But it’s all been worth it. Inspiring my two younger sisters and Indigenous kids from Yarrabah to follow their dreams and get an education is really rewarding.”

There are only about 260 Indigenous doctors in Australia and the UNSW program aims to address the imbalance of access that Indigenous populations have to Indigenous medical practitioners.

It is through health and education that the gap will be closed.

High school students, current undergraduate and postgraduate students or mature age students who best meet the selection criteria, including evidence of academic capability, are considered for entry to the program. At the end of the course, students must pass a 2½-hour clinical exam and group oral presentation.

Destiny was one of 21 Indigenous students accepted into the Pre-Medicine program this year, a record number since it began in 1999, the year after Dr Kelvin Kong, Australia’s first Aboriginal surgeon, graduated from UNSW. While at UNSW, Kong had campaigned for greater recruitment of Indigenous students.

Doctors in the house

Also studying medicine at UNSW will be Elle Westbury, who will follow in the footsteps of her brother and father in a medical career.

Elle’s 24-year-old brother Sean has just completed his medical degree at UNSW and will begin an internship at the Royal Prince Alfred Hospital in January. Elle’s father Michael, a Wiradjuri man originally from Cobar, is a general practitioner in South Hurstville.

A graduate of Moorefield Girls High School, Kogarah, Elle is thankful for advice from her brother, who also completed the Pre-Medicine program.

“There was a lot of material to get your head around, so I’m glad I took Sean’s advice and studied hard during the course,” she says. 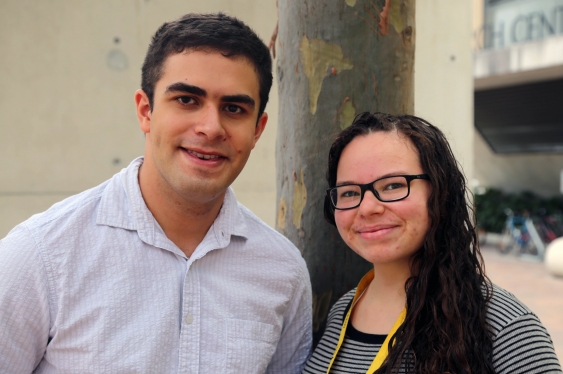 Elle Westbury is following in the footsteps of her brother Sean, who has just completed his medical degree at UNSW.

Elle, who was inspired by her father to study medicine, has a particular interest in child health.

“It saddens me to read of the dire statistics and the discrepancy between Australians and Indigenous Australians. It is through health and education that the gap will be closed,” Elle says.

“I know that medicine is the career for me. Being a family GP is my dream and working in Dad’s rooms has convinced me of this all the more. I particularly enjoyed that at times you got to see several generations of the same family.”

Elle says her other inspiration is Fred Hollows.

“He achieves more still in death that most people do in life. He is a role model to liven my dreams of doing great things in life to better life for others.”

More information about UNSW’s Pre-Medicine program can be found here.

Indigenous student a shining example of the power of a mentor