UNSW researchers have discovered a biomarker that can help predict if standard cancer therapy will extend the life of patients with malignant brain tumours. 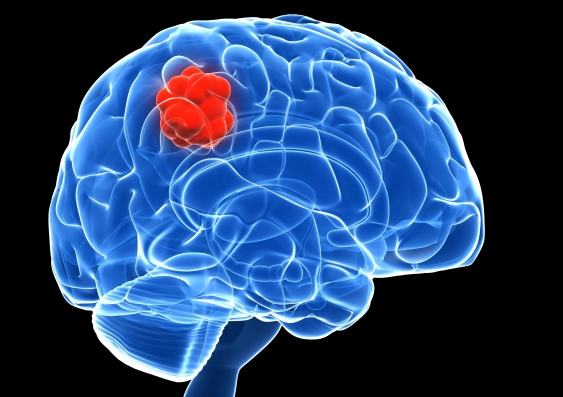 UNSW researchers have discovered a biomarker that can help predict if standard cancer therapy will extend the life of patients with malignant brain tumours.

The discovery means doctors can now better target treatment for patients not sensitive to standard chemotherapy or radiotherapy.  The finding may also eventually lead to new approaches for extending life and improving the quality of life for people diagnosed with brain cancer.

The highly aggressive brain tumours, known as glioblastomas (GBM), are considered incurable and have an average survival of less than 15 months. Approximately 1600 Australians are diagnosed every year with GBM.

The UNSW study found a significant survival benefit for carriers of the ‘T allele’ biomarker, with a survival rate of 20 months, five months longer than average.

The study compared the tumour DNA of 156 Australian and 159 American patients, diagnosed with GBM and treated with radiotherapy and the chemotherapy drug temozolomide (TMZ), with a control group of 451 patients.

Researchers found 21% of patients treated with TMZ and who carried the biomarker survived an average of five months longer than patients without the biomarker.

The study has been published in the journal Neuro-oncology.

“While five months may not seem like a long time to most people, that is precious time for people living with this aggressive brain cancer,” Associate Professor McDonald said.

“The discovery of new biomarkers that have the capacity to predict a patient’s response to treatment means we can better match individual patients with the most effective treatment.”

Associate Professor McDonald and her team will begin the first clinical trial later this year to test the potential effect of the chemotherapy drug veliparib in GBM patients without the ‘T allele’ biomarker.

Associate Professor McDonald’s is head of the Cure Brain Cancer Neuro-oncology group is based at UNSW’s Lowy Cancer Research Centre. The group focuses on precision medicine and tailoring treatment to each individual patient.

The lab achieves this through the ‘bio-banking’ of tumour tissue, whole genome sequencing of the tumour and state of the art mouse models to show that treatments will be effective.

Long-term survival for brain cancer is defined as survival beyond 5 years, however less than 5% of patients survive this long.