UNSW research has overturned previously held ideas of how Alzheimer’s disease develops, opening the door to new treatment options that could halt or slow the progression of the disease. 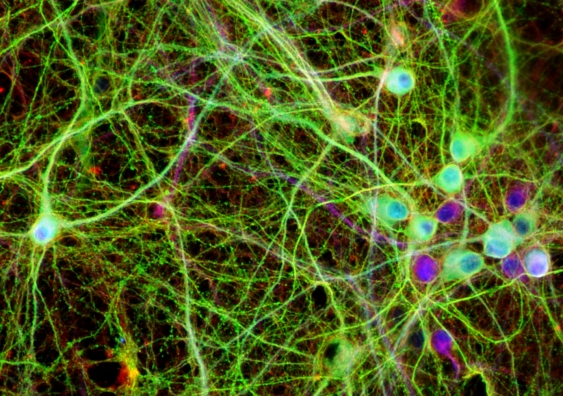 Cultured neurons. The colours highlight the human tau protein in green, a structural component in red and the DNA inside the cell nucleus in blue. Photo: Supplied

Australian researchers have shed new light on the nerve cell processes that lead to Alzheimer’s disease (AD), overturning previously held ideas of how the disease develops and opening the door to new treatment options that could halt or slow its progression.

The study is published today in the prestigious journal Science.

This study has completely changed our understanding of what happens in the brain during the development of Alzheimer’s disease.

Studying human brain tissue, the UNSW and Neuroscience Research Australia research team identified a protein, kinase p38γ, that is lost as AD progresses. When they reintroduced the protein into the brains of mice, it was shown to have a protective effect against memory deficits associated with the disease.

“This study has completely changed our understanding of what happens in the brain during the development of Alzheimer’s disease,” said lead author UNSW Professor Lars Ittner, whose key collaborator on the study was his younger brother, cell biologist, Dr Arne Ittner. 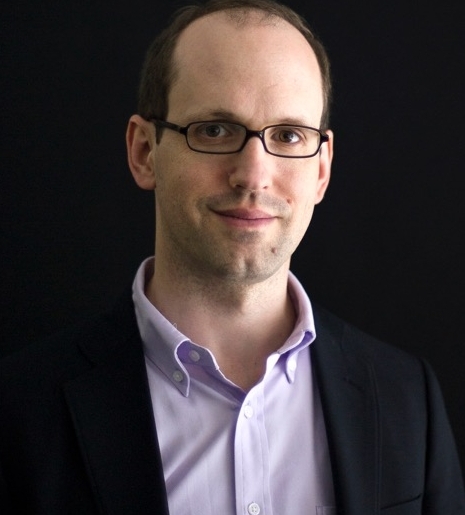 Two of the hallmarks of Alzheimer’s are the presence of protein plaques (made up of amyloid-beta) and tangles (made up of tau protein) in the brain. The accumulation of these plaques and tangles is associated with cell death, brain atrophy and memory loss.

The research team has revealed that a crucial step in the process that leads to tangles has been misunderstood. Previously, scientists believed the plaque-forming protein, amyloid-beta, caused a modification – called phosphorylation – to the tau protein resulting in cell death and, ultimately, Alzheimer’s disease. Increased phosphorylation of tau eventually leads to its accumulation as tangles.

Results from the new study suggest that the phosphorylation of tau initially has a protective effect on neurons, and that amyloid-beta assaults the protective functionality until it is progressively lost. This is the stage at which toxicity levels cause the destruction of neurons and results in the cognitive deficits associated with Alzheimer’s disease.

“Amyloid-beta induces toxicity in the neurons but the first step in tau phosphorylation is actually to decrease this toxicity,” said Professor Ittner.

“This is a completely new mindset; that the reason tau becomes modified is actually to protect from damage.”

The study used different mice models and human brain tissue from the Sydney Brain Bank to identify a protein called kinase p38γ, which assisted the protective phosphorylation of tau and interfered with the toxicity created by amyloid-beta.

“We used mice to screen for a very specific toxicity that we knew from previous work is involved in the progression of the disease,” said Professor Ittner.

“We set out to find mediators of this progression, which led us quickly to our surprising finding. It was the opposite of what we expected. It was only when we changed our view of the process involved in the development of AD that these results started to make sense.”

Studying human brain tissue, Professor Ittner and his team identified that p38γ is lost as AD progresses, however a small amount does remain in the brain.

“We found that p38γ, which initially offers protection, fades away early in the brains of people with AD, suggesting a loss of protection,” he said. 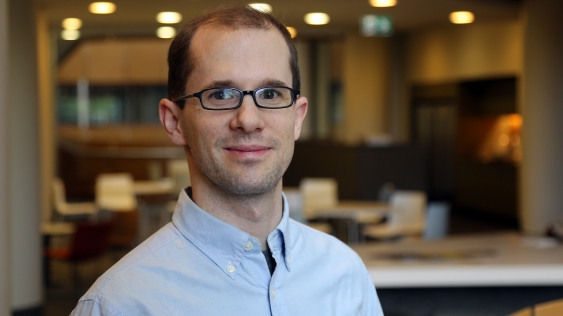 “Part of our study involved reintroducing p38γ and increasing its activity. We saw that, in mice, it could prevent memory deficits from happening, so it has true therapeutic potential. If we can stimulate that activity, we may be able to delay or even halt the progression of Alzheimer’s disease.”

The next step for the researchers will be to develop their patented discoveries into a novel treatment for humans, subject to new funding.

The research paper can be found here.

Key cause of Parkinson’s disease can be treated