Australian scientists have made a landmark discovery that could help women minimise or even avoid the risk of having a baby born with congenital birth defects. 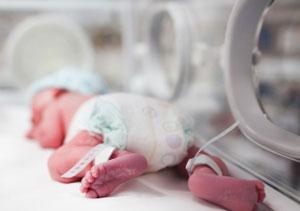 Australian scientists have made a landmark discovery that could help women minimise or even avoid the risk of having a baby born with congenital birth defects.

The scientists, from Sydney’s Victor Chang Cardiac Research Institute (VCCRI), show for the first time how ‘nature’ and ‘nurture’ interact to increase the severity and likelihood of developing birth defects, including abnormalities in the heart, kidneys, brain, limbs and cranio‐facial regions (cleft palate).

Their study - published in the international journal Cell - shows how hypoxia, or a period of low oxygen during pregnancy, combined with a genetic risk factor of having only one functioning copy of a gene, dramatically increases the chances of a baby being born with congenital scoliosis, a malformation of the spine that affects around 1 in 1000.

UNSW Professor Sally Dunwoodie, Head of the Embryology Laboratory at the VCCRI and senior author on the study, says the findings take us a step closer to understanding why some people in families develop diseases and others don’t, and importantly, simple strategies that mothers could adopt to help prevent such defects occurring.

“We’ve long suspected that it is genes or our environment that cause birth defects, but up until now, the majority of these have been largely unknown. This is the first time anyone in the world has shown that both ‘nature’ and ‘nurture’, in combination, are molecularly responsible for causing many birth defects.

“This research is hugely exciting and will help us to genetically diagnose a whole range of birth defects, and give advice to women on how and when to avoid certain activities when pregnant. We hope it will eventually lead to the development of therapeutics to stop these defects occurring in the first place.”

Hypoxia during pregnancy can be caused by a range of circumstances including poorly controlled sugar levels in diabetics, smoking, high altitude, prescription and recreational drug‐use, anaemia or a poorly functioning placenta.

Read the full media release on the VCCRI website. Watch an interview with Professor Dunwoodie where she talks about the discovery.