Two medical doctors who have visited and worked at the detention centre on Christmas Island will speak publicly for the first time about their experiences at a symposium hosted at UNSW. 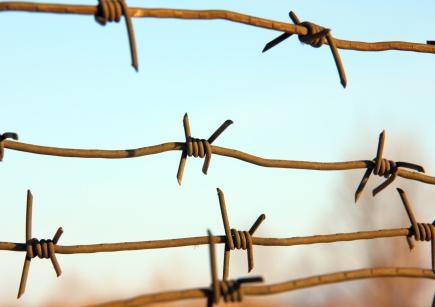 Two medical doctors who have visited and worked at the detention centre on Christmas Island will speak publicly for the first time about their experiences at a symposium hosted at UNSW next week (Tuesday, 27 May).

Dr John-Paul Sanggaran, who treated refugees for several months late last year and is a co-author of a 92-page letter of concern about the health of asylum seekers in detention, will give a keynote presentation. The letter is described as the most comprehensive document yet on the failings of medical procedures inside detention centres.

Another keynote, UNSW Conjoint Associate Professor Karen Zwi, is the paediatrician appointed by the Australian Human Rights Commission to assess children’s health as part of its Inquiry into Children in Immigration Detention.

The Deputy Director of the Andrew and Renata Kaldor Centre for International Refugee Law, UNSW’s Dr Michael Grewcock, will give an overview of the human rights issues arising from Australia’s border policing practices.

The keynote presentations will be followed by a panel discussion including prominent researchers and activists, including the Public Health Association of Australia’s Michael Moore, former staff employed on Manus Island and Nauru, and UNSW Scientia Professor Mark Harris, who has volunteered as a GP with the Asylum Seekers Centre since 2000.

The event, Public Health, Human Rights and Asylum Seeker Detention, which is a collaboration between the Public Health Association of Australia and UNSW’s School of Public Health and Community Medicine, will conclude with attendees voting on a declaration about off-shore detention.

Psychiatry in his sights