Researchers are calling for new patient safety measures after an international review revealed critical diagnoses are being missed because health professionals are not following up test results. 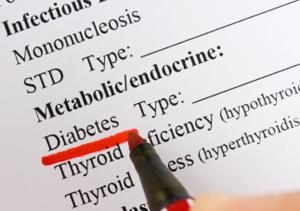 A systematic review by UNSW Medicine researchers has found up to 62 per cent of laboratory tests and up to 36 per cent of radiology reports were not being followed up by doctors, for patients attending GPs, clinics or hospital outpatient departments.

In Australia, their related research revealed almost 50 per cent of emergency doctors in one hospital study believed their colleagues had missed test results, resulting in delays in treatment, and over 20 per cent conceded missing results themselves.

They say potential options include laboratories releasing test results directly to patients to help them share responsibility for their own health.

Lead researcher, UNSW Medicine Associate Professor Joanne Callen and her colleagues at the Centre for Health Systems and Safety Research found a “considerable” impact on patients, including missed critical diagnoses of diseases such as cancer and delays in seeking treatment for a range of conditions. The review revealed a great discrepancy in follow up: the best health practitioners missed only 6.8 per cent of lab test follow ups and 1.0 per cent of radiology results.

“Failure to follow-up test results for patients is a critical safety issue which requires urgent attention. Without knowledge of the size and effect of the problem, many clinicians may underestimate its extent and consequences,” Associated Professor Callen says.

The review, published in the Journal of General Internal Medicine, examined 19 studies carried out in the United States, where most research is being undertaken. However, Associate Professor Callen says strong anecdotal evidence in Australia and the similarity of the health systems mean the results suggest a similar level of risk.

Australia currently has no laws or regulations to ensure results are followed up.

“In Australia, we need to consider every option, including regulation. Given the huge and rising costs of medical testing and the consequences of delayed treatment in terms of both patient suffering and health care dollars, there is good reason to act urgently,” Associate Professor Callen says.

“Opting for some kind of ‘patient-direct’ notification system may ensure patients get the information they need to seek treatment as soon as possible. This would go some way to giving patients responsibility for their own health.”