Doctors lag behind nurses in hand hygiene in hospitals, despite evidence that alcohol-based hand rub is the cheapest and best way to prevent infection, according to a new study. 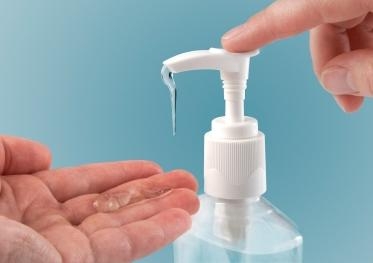 Doctors lag behind nurses in hand hygiene in hospitals, despite widespread evidence that alcohol-based hand rub is the cheapest and most effective way to prevent infection, according to a new study.

Poor hand hygiene causes millions of infections every year, leading to hundreds of thousands of deaths, according to the World Health Organization (WHO).

The study, published today in The Lancet Infectious Diseases, looks at the effectiveness of an education initiative implemented as part of the WHO’s Hand Hygiene Program. It shows there have been significant, long-term improvements in hand hygiene among health-care workers.

The study focused on 43 hospitals in five countries and found the program to be successful across low-, mixed- and high-resourced health-care settings, with hand hygiene improving by 16 percentage points (51% before implementation to 67% after) and knowledge about its importance increasing by a third.

“The program provides healthcare workers with global and local support for the first time,” says Australian author, UNSW Professor Mary-Louise McLaws, who co-authored the study and helped draft the WHO Hand Hygiene Guidelines.

“The introduction of awareness of hand hygiene and simple resources is a great success with very little financial burden to each country,” says Professor McLaws, from the School of Public Health and Community Medicine.

Australia is among the 168 countries to have already implemented the WHO guidelines.

“Before the launch, healthcare workers missed around half of the appropriate hand hygiene opportunities and after the program they missed a third,” she says.

“The launch is just the first step,” she says. “The next phase will be harder – changing entrenched poor hand hygiene behaviour in some healthcare workers who have yet to respond to the program.

The researchers found nurses had the highest compliance rates, 71%, across all pilot sites before the intervention and doctors the lowest at 60%. They found even after the intervention, compliance remains higher in nurses than in doctors across all the test sites, apart from Mali in Africa. The other sites were Costa Rica, Italy, Pakistan and Saudi Arabia.

“Here in Australia we should be way beyond our current compliance rate of 65% in doctors who, as a group, have universally poor hand hygiene practices. Yet hand hygiene is a fundamental clinical practice that must be practised without excuses,” says Professor McLaws.

Two years after the intervention, all sites reported ongoing hand-hygiene activities with sustained or further improvement, including national scale-up.

Other key findings include: alcohol-based hand rubs have been a key factor in practice improvement and the program has a greater effect in low- and middle-income countries than those with high-incomes.