Opinion Dodgy treatment: It's not us, it's the other lot, say the experts. So who do we believe?

Professional societies of doctors, surgeons or physiotherapists are more likely to recommend against treatments provided by others, our new research shows. 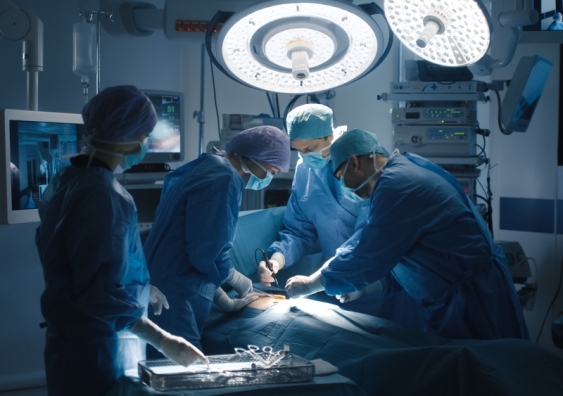 Will my surgery work? Well, it depends on who you ask. Image from Shutterstock

Patients might not be getting the best advice about which treatments do or don’t work, according to our study published today. We found professional societies are more likely to call out other health professionals for providing low-value treatments rather than look in their own backyard.

Our study in BMC Health Services Research looked into recommendations under the global Choosing Wisely public health campaign. We found professional societies are reluctant to publish recommendations against treatments and procedures that generate income for their members.

But they are much more comfortable at recommending against treatments that generate income for members of other professional societies.

How does the Choosing Wisely campaign work?

Choosing Wisely aims to reduce the use of medical tests, treatments and procedures that provide little-to-no benefit, or in some cases can harm.

It then recommends patients question their doctors about whether these so-called low-value tests, treatments or procedures are necessary.

Always talk to your healthcare provider before taking any new medicines #choosingwisely
Vitamins that are a total waste of money https://t.co/FoCoLkN6pK

To take part in the Choosing Wisely campaign, professional societies publish recommendations relevant to their members.

However, an ongoing concern is whether professional societies focus on low-value care provided by their members or whether they tend to make recommendations for care provided by others, outside their own society.

Many low-value tests, treatments and procedures also generate substantial income for the practitioner who provides them. So societies might be reluctant to recommend against or “call out” these examples of low-value care because of fear of affecting their members’ bottom line.

What did we do?

To investigate these concerns, we evaluated all Choosing Wisely recommendations worldwide since the campaign began in 2012.

Treatments or procedures that attract a fee-for-service and are performed outside a routine encounter with a practitioner were considered income-generating for the practitioner performing the treatment. Examples included arthroscopic surgery of the knee and shoulder, cesarean section, removing a breast lump and radiotherapy. 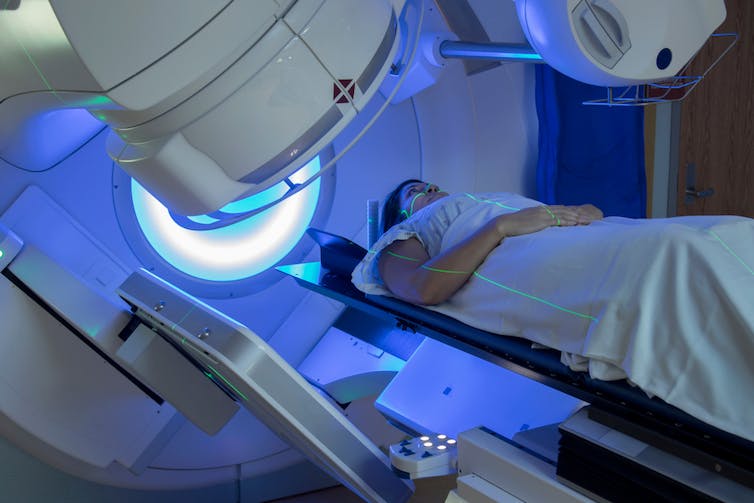 Radiotherapy was one of the treatments counted as income-generating, as part of our study. from www.shutterstock.com

Here’s what we found

For example, the Australian Rheumatology Association recommends against arthroscopy for knee osteoarthritis, a surgical intervention that rheumatologists don’t perform (this is generally carried out by orthopaedic surgeons):

Do not perform arthroscopy with lavage and/or debridement or partial meniscectomy for patients with symptomatic osteoarthritis of the knee and/or degenerate meniscal tear.

Meanwhile, the American Academy of Orthopaedic Surgeons, whose members perform arthroscopy, doesn’t recommend against the procedure. Instead, it points the finger at clinicians who routinely provide insoles:

Don’t use lateral wedge insoles to treat patients with symptomatic medial compartment osteoarthritis of the knee.

Why does it matter?

Choosing Wisely aims to reduce waste in health care. But when societies mainly look for waste in fields other than their own, their recommendations are likely to have less impact.

By shying away from publishing recommendations that target ineffective and expensive interventions performed by their own members, professional societies are not acting in line with the spirit of the campaign.

Choosing Wisely could have a large impact on redirecting health-care spending from low-value care to recommended care, thereby improving the lives of millions. But for the campaign to realise its potential, ensuring future recommendations focus on the care provided by members of the society making the recommendation is a good place to start.

Dr John Farey, a surgical registrar affiliated with the Institute for Musculoskeletal Health and the Sydney Local Health District, co-authored this article.

Needless procedures: Knee arthroscopy one of the least effective surgeries