Opinion Don’t believe the hype, teens are drinking less than they used to

Contrary to popular opinion, teenage drinking in Australia has declined dramatically over the past fifteen years, write Michael Livingston and Amy Pennay. 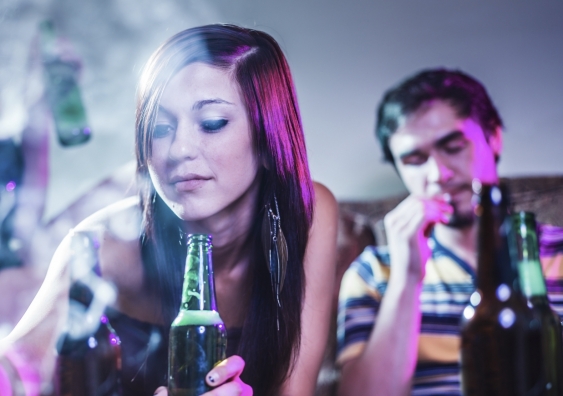 OPINION: Ask your friends and colleagues about young Australians and alcohol and I bet they’ll say something about a generation out of control or a binge-drinking epidemic.

The media regularly brings the worst outcomes of young people’s drinking to our attention and points to a problematic drinking culture supposedly unique to young Australians. Little wonder people believe things have never been so bad.

The reality is startlingly different. Data recently released by the Australian Bureau of Statistics shows alcohol consumption in Australia has reached its lowest point since the early 1960s, having declined steadily since the mid-2000s. Survey data suggests this decline has been driven almost entirely by reductions in youth drinking.

In case you think there must be something wrong with this survey, results from the Australian Secondary Students Alcohol and Drug Survey show similar trends. Between 2002 and 2011, drinking in the past week fell by more than half for 12- to 15-year-olds (from 29% to 11%) and nearly as sharply for 16-17 year olds (48% to 33%).

Rates of heavy drinking have fallen as well. Teenagers in Australia are drinking less alcohol now than they have at any time since these surveys began in the early 1980s.

There is increasing evidence that these patterns are holding as this cohort of teenagers moves into young adulthood, with weekly risky drinking among 18- to 24-year-olds dropping from 32% to 22% between 2010 and 2013. Declines in drinking are occurring for boys and girls, across all socioeconomic groups and in regional and urban areas. The changes are not isolated in particular population sub-groups.

Remarkably, these trends seem to be part of a global shift. A recent paper identified significant declines in underage drinking in 20 of the 28 countries studied. In countries with similar drinking cultures to Australia such as the United Kingdom, Canada, and Sweden, teen drinking has halved.

Somewhat surprisingly, little attention has been paid to these trends or the reasons behind them. Based on Australian data, we can be reasonably confident that young people aren’t shifting to illicit drugs instead of alcohol. Rates of cannabis and meth/amphetamine use have also declined in the past decade.

Similarly, it doesn’t seem likely that major policy changes have caused the trends. The decline in youth drinking started well before the alcopops tax in 2008, and alcohol has become more widely available and promoted in recent years.

Attitudes to alcohol have clearly been shifting in Australia, with greater support for restrictive policies, more negative media coverage and increasing public concern. These attitude shifts may be driving the declines in youth drinking, although it is notable that drinking among Australians older than 30 remains unchanged.

It may be that decades of public education campaigns and school programs focusing on youth drinking have finally been effective, but the broader research literature suggests this is unlikely.

The global consistency of the trends suggests a broader shift in youth cultures might be driving change. One possibility is that the increase in the use of social media has altered the way young people interact, reducing the centrality of drinking in socialising. The impact of the internet and social media in young people’s lives has increased enormously in recent years. But there is little research into how these changes have affected drinking.

Research has also shown that exercising, eating well and avoiding alcohol and other drugs are important lifestyle choices for many young people. An increasing focus on healthy living may be an important factor in declining youth drinking.

The declines in youth drinking may have been caused by a combination of all of these factors. Further research is crucial so that current trends can be supported through appropriate interventions.

The recent dramatic reductions in teenage drinking is good news for public health, and is a refreshing counter-argument to the way young Australians are often presented.

Michael Livingston is a Post-Doctoral Research Fellow at The National Drug and Alcohol Research Centre at UNSW.

Amy Pennay is a Research Fellow at University of Melbourne.

Alcohol-fuelled violence on the rise despite falling consumption