Researchers will for the first time harness e-technology to develop a customised internet program to identify young people most at risk of depression before the illness takes hold. 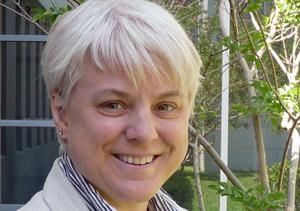 Australian researchers will for the first time harness e-technology to develop a customised internet program to identify and arm healthy young people most at risk of depression before the disorder takes hold.

University of New South Wales researcher Dr Alex Wilde has received a $200,000 grant from beyondblue to develop the innovative web-based tool which will focus on preventing depression by building resilience.

The grant is one of only five awarded in the adolescent and young adult category of beyondblue's National Priority-Driven Research Program 2011.

The mood resilience e-tool is an Australian first. It will use digital technologies to reach young people aged 18-24 years who have a strong family history of mood disorders and other risk factors related to environment, lifestyle, personality and stress management.

Depression is now the leading cause of disability worldwide, with an estimated 20-25 percent of Australians affected at some stage of their lives. Significantly around 50 percent of all life-long psychiatric disorders start by 14 years of age and around 75 percent by age 24.

Dr Wilde, who is based at UNSW's School of Psychiatry and the Black Dog Institute, said the approach was novel because existing web-based youth mental health interventions were generally aimed at people already experiencing symptoms.

"Reaching healthy young people at high-risk for depression before they present with symptoms and equip them with preventive knowledge and skills is vital," she said.

"Nearly a third of adults with a mood disorder had their first mood symptoms before the age of 21. Using e-technology to help healthy young people in high risk groups to head off poor mental health at a critical stage of brain and emotional development is the first step towards reversing this trend."

Head of UNSW's School of Psychiatry, Professor Philip Mitchell, said the current approach of treating mood disorders only after they manifest was no longer adequate.

"We believe we can pick these kids up much earlier. Waiting until young people present with symptoms is akin to treating heart disease only once the patient has a heart attack. That approach is ancient history and we now think more in terms of risk factors and prevention."

Central to the mood resilience e-tool is a depression risk assessment, risk profiling and resilience-building activities customised to each individual's unique circumstances.

Dr Wilde said the initiative used language and themes familiar to young people and the approach aimed to make mental health cool. "Like a computer game, users move through a series of interactive knowledge and behaviour modules matched to their risk profile, collecting resilience skills that aim to change risky thinking styles and behaviours," she said.

The tool would be developed and piloted over the next 18 months. Its effectiveness would be then evaluated in a randomised control trial.

Dr Wilde said there was also potential for the mood resilience e-tool to be adapted as a primary prevention for other psychiatric disorders, such as bipolar disorder and anxiety disorders.

"It could also be of use in general practice to assist GPs to engage young people in dialogue about their mental health."

The project reflects a new approach by the Black Dog Institute. The institute envisages e-health will play an increasingly vital role in providing mental health services to the Australian community as it opens the door for people of all ages to have greater access to assessment, information and treatment.