Australian researchers have used an electronic nose on the breath of patients to help diagnose aggressive lung cancer mesothelioma in its early stages. 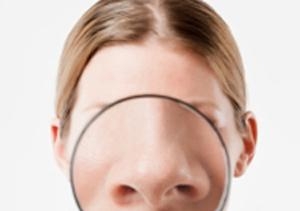 The non-invasive test was created by a team at the University of New South Wales. The device was designed to distinguish between benign and malignant disease and to detect disease early.

Asbestos-related disease affects thousands of people in Australia, which has one of the highest age-specific rates of mesothelioma in the world*.

Malignant mesothelioma is a rare tumour that has traditionally been difficult to diagnose in its early stages. Globally, up to 20,000 people die each year as a result of the disease.

The researchers say conventional techniques for distinguishing between benign and malignant asbestos-related disease are inaccurate, invasive and difficult for the mostly elderly patients with the illness.

Associate Professor Yates and her team analysed breath samples from 20 patients with malignant mesothelioma, along with 18 people with asbestos-related diseases and 42 control subjects in the study of which the results are published in the European Respiratory Journal.

In the study, patients with malignant disease, asbestos-related diseases and control patients were correctly identified in 88 per cent of cases.

The study authors say exhaled breath profiling can accurately distinguish between each of these groups of patients using the carbon polymer array electronic nose, a technique that could eventually translate into a screening tool for high-risk populations.

‘It’s your fault you got cancer’: the blame game that doesn’t help anyone