Ecstasy appears to be making a comeback among regular drug users, mirroring a global trend, according to the National Drug and Alcohol Research Centre. 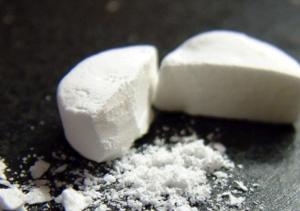 Ecstasy appears to be making a comeback among regular drug users frequenting pubs, clubs and music festivals, which mirrors a global trend, according to the latest research from the National Drug and Alcohol Research Centre (NDARC) at UNSW.

There has also been an increase in the number of ecstasy users also taking synthetic drugs, with 40 per cent of the sample in the study using emerging psychoactive drugs including synthetic cannabis, the NDARC research shows.

Researchers are also warning of a new trend of users consuming capsules of unknown content.

The study examined trends in drug use among a sample of 600 regular ecstasy users over six-month period this year.

The Australian findings mirror a comeback in ecstasy availability that’s been reported worldwide in this year’s UN Office on Drugs and Crime World Drug Report.

Chief investigator, UNSW senior lecturer Dr Lucy Burns, says the number and range of synthetic drugs being accessed by regular ecstasy users is cause for concern.

The research was released at the 2012 National Drugs Trends Conference, on today at the Australian National Maritime Museum at Darling Harbour.