Research from The Kirby Institute adds to the evidence that effectively treating HIV blocks transmission in couples of differing HIV status. 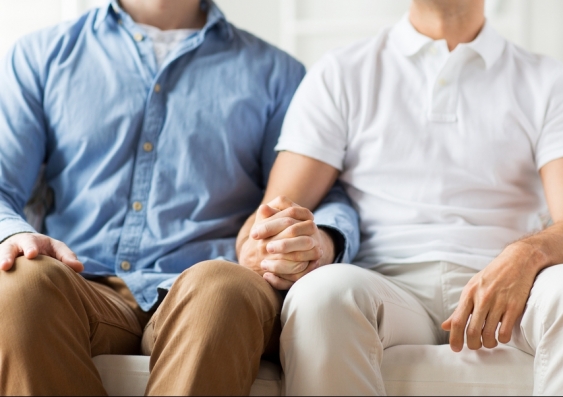 Results from the largest study to analyse HIV transmission risk among homosexual couples with differing HIV status have shown that HIV positive men who are on treatment that makes the virus undetectable, do not transmit HIV to their partners.

The results from the Kirby Institute’s Opposites Attract study were presented today at the IAS Conference on HIV Science in Paris.

During the course of the study, participant couples reported almost 17 thousand acts of anal-intercourse without a condom, none of which resulted in HIV transmission.

“Opposites Attract is the first study to show that these results apply in both high and middle income countries. Our research adds to the evidence from a small number of other international studies of heterosexual and homosexual couples and means that we can say, with confidence, that effectively treated HIV blocks transmission in couples of differing HIV status.”

HIV treatment works by suppressing the level of virus in a person living with HIV’s body, so that immune system damage is halted and even reversed. When treatment is consistently taken daily, the virus levels become so low that they become undetectable in the blood. The results of Opposites Attract show that when an undetectable viral load is maintained, the risk of HIV transmission is negligible.

“This is life-changing news for couples of differing HIV status. But it is important that the HIV positive partner is under regular medical care and does not miss any of their anti-retroviral medication in order to ensure they maintain an undetectable viral load” said Professor Grulich. “Our data add to previous studies which show that there has never been a recorded case of HIV transmission from an HIV-positive person to their HIV-negative sexual partner when the HIV-positive partner had undetectable viral load.”

Opposites Attract was a cohort study of HIV transmission among 358 gay couples in relationships where one partner is HIV positive and the other negative. The study followed participants from Thailand, Brazil and Australia over four years from 2012–2016.

“We are grateful to the participant couples who were involved in the study, as well as our study partners from Evandro Chagas Clinical Research Institute, Fiocruz in Brazil and the Thai Red Cross in Thailand,” said Professor Grulich. “The international collaboration made possible through our partnerships adds to the strength and validity of these very exciting study results.”

The majority of this study is funded by the National Health and Medical Research Council (NHMRC). A two year extension was made possible by the Foundation for AIDS Research (amfAR), ViiV and Gilead.