In a step forward for patient safety, a new electronic “safety net” for hospital medical tests has had significant success, with no results going missing under the new system. 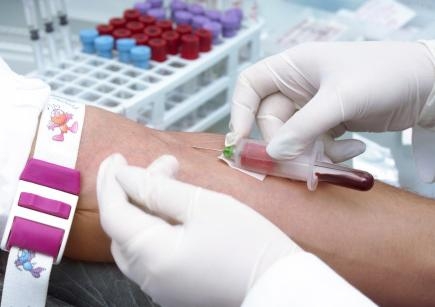 In a step forward for patient safety, UNSW research has shown that a new electronic “safety net” for medical tests has had significant success, with no results going missing under the new system.

The finding, which was based on records produced by Mater Mothers’ Hospital in Brisbane, bucks an international trend of patient test results being lost.

Previous UNSW research found as many as three in every four test results taken in emergency departments are not followed up, while the figure is up to 62% for those taken in other hospital departments.*

In NSW, more than one in 10 incidents with serious outcomes (11%), such as patient death, and almost a third (32%) of clinical incidents with major patient-related consequences, such as loss of bodily function, are associated with results that were either delayed or not reviewed, according to a 2011 NSW Clinical Excellence Commission report  of clinical incident databases.

To combat the problem, Mater Health Services in Brisbane developed an electronic “safety net” in 2010 to use in all of its hospital campuses. The test result acknowledgement system allows clinicians to electronically record they have reviewed the results. If this does not happen within three days, the system escalates the matter until it is resolved.

“The step by Mater to introduce the system is significant because it is a common worldwide problem with tests not being reviewed,” says the first author of the paper, UNSW Associate Professor Andrew Georgiou.

“Part of the problem is that many hospitals have a hybrid system that requires dealing with paper and computers,” says Associate Professor Georgiou from UNSW’s Australian Institute of Health Innovation. “Test results may come through electronically, but have to be coordinated with paper-based systems which are often confusing and time-consuming.”

“It is an unprecedented result,” says Associate Professor Georgiou. “While there have been other electronic endorsement systems introduced around the world, none have had a 100% success rate. We think the Mater’s success is because it is implemented across the whole system, not just in one area of the hospital.”

The work has been published in the Journal of the American Medical Informatics Association.

While the results are a step in the right direction for patient safety, the system has also had support from all levels at Mater.

“Initially, we had a lot of comments about the time it takes to use the electronic request form,” says Sara Graham from the Information and Infrastructure Division of Mater Health Services, Brisbane.

“But we provided clinicians with a way to easily identify results they might previously have missed because of the sheer quantity of information they need to be across every day,” she says. “There are also benefits for staff in pathology and radiology who now have the correct information with the test request, plus there are no problems with legibility.”

Mater Health Services now plan to assess what actions were taken by the clinicians, following the test results.

The UNSW team was supported by an Australian Research Council Discovery Project Grant.