Opinion Eliminating hepatitis C over the next decade

Australian funding of new hepatitis C treatments has provided the therapeutic tools to eliminate the disease as a public health issue within a decade, writes Greg Dore. 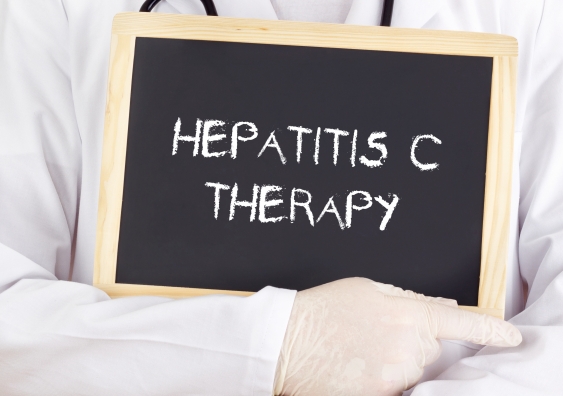 Between 80 and 130 million people worldwide are infected with Hepatitis C (Shutterstock).

OPINION: Today, on World Hepatitis Day, there will be renewed calls to eliminate the threat of hepatitis by 2030. Global eradication of infectious diseases is a tough public health gig. In fact, smallpox is alone on the list, achieved with a highly effective vaccine and decades of concerted effort. Hepatitis C virus (“hep C”), with between 80 and 130 million people infected worldwide, a minority diagnosed, and no vaccine, is a long way from joining that list.

Australia, however, is uniquely placed to “eliminate” hep C as a public health issue, within a decade. The Australian Government’s decision on the 1st of March to fund ground-breaking new hep C treatments through the Pharmaceutical Benefits Scheme (PBS) has provided the therapeutic tools to achieve this goal.

There are several aspects that make these hep C treatments groundbreaking, and the elimination opportunity unique within clinical medicine and public health. First, the ability to cure (yes, cure) around 95% of people in a short duration (generally 3 months), with simple (1 or 2 tablets a day), and safe regimens is transformative in the context of chronic disease management. In contrast, the last two decades of interferon-based (injections plus tablets), toxic treatments have had modest success.

Second, the Australian Government’s decision, following recommendation by the independent Pharmaceutical Benefits Advisory Committee (PBAC) and considerable hep C sector advocacy, to provide subsidisation for these treatments to potentially all people with hep C contrasts with almost all other countries. The high pricing of new hep C treatments have led other governments to restrict funding to those with serious liver damage, and often to deny treatment to people with ongoing drug use.

Through price negotiations with pharmaceutical companies the Australian Government has enabled a situation where all players profit: pharma will receive around $1 billion over the next 5 years for supply of treatments, the government has probably achieved the largest discount on pricing of any high income country, and all people with chronic hep C (an estimated 230,000) have the opportunity to access treatment. A contractual limit on expenditure, but no limit on numbers able to be treated, is the risk-sharing arrangement that makes Australia’s PBAC/PBS processes the envy of the world.

Third, the delivery of these revolutionary treatments is not limited to specialist care centres, but able to be prescribed by all practitioners including general practitioners (following consultation with experienced hep C specialists) and dispensed in community pharmacies. The breadth of the potential prescriber pool is internationally unique, and many countries are watching as Australia’s hep C treatment scale-up unfolds.

We are tracking well to achieve almost 40,000 people treated in 2016, nearly 20% of all people with hep C, and resulting in a cure for more people than the previous 20 years combined.

Since the treatments became available on 1 March in Australia, more than 20,000 people with hep C have commenced treatment. We are tracking well to achieve almost 40,000 people treated in 2016, nearly 20% of all people with hep C, and resulting in a cure for more people than the previous 20 years combined. Other countries obtained access to these new treatments earlier (some from late 2014), but have treated less than 10% in their initial year.

Sustaining the momentum of the initial surge of hep C treatment will be the major public health challenge. A key to this will be ongoing hep C screening (as 25% of people remain undiagnosed) of people with current or past risk such as sharing of injecting drug use equipment, and for many immigrants from high prevalence countries, unsafe medical procedures in their countries of origin.

The potential for hep C elimination, however, depends very much on development of quality treatment and care for the most marginalised populations, such as people who inject drugs, the homeless, and prisoners. Again, Australia is at the forefront in developing strategies that will drive equity in access for all people with hep C.

Finally, raising awareness through days like World Hepatitis Day, and addressing the stigma that many people with hep C carry will be fundamental to success. The potential of revolutionary new hep C treatments to empower the whole sector, together with continued advocacy and government support, should see Australia head towards elimination over the next decade.

Professor Gregory Dore is Head of the Viral Hepatitis Clinical Research Program at the Kirby Institute at UNSW Sydney and an Infectious Diseases Physician at St Vincent’s Hospital, Sydney.