Opinion Is the end of Zika nigh? How populations develop immunity

During a disease outbreak, lots of people can become infected in a short time and develop immunity, making it hard for the pathogen to spread, write Nicholas Geard, Cameron Simmons, James McCaw, James Wood and Jodie McVernon. 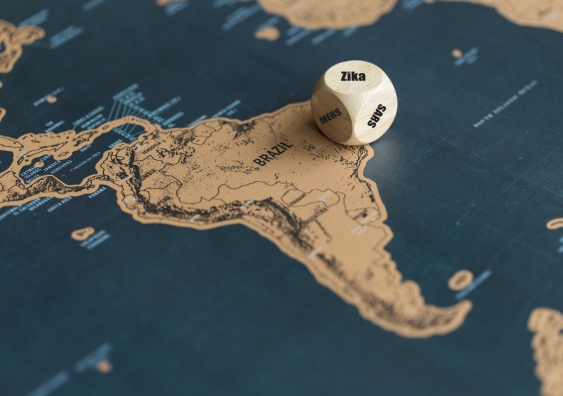 OPINION: The Zika outbreak, arriving on the heels of Ebola and just in time for the Rio Olympics, has challenged global health agencies to respond rapidly and effectively. Determining the appropriate response is far from straightforward, though, as there is much we don’t yet know about the Zika virus.

A pair of papers published recently in the journal Science have reviewed current evidence about the spread and control of Zika. These studies use mathematical models to help understand how the virus may spread. Insights from these models can help to prioritise efforts to control Zika and minimise the harm it causes.

One conclusion from these models is that little can be done to contain the current Zika outbreak in South America. Vaccines are under development, but may arrive too late to have a substantial impact on this outbreak. Long-term control of the mosquitos that transmit Zika, among other diseases, remains an ongoing challenge.

Despite this, the models suggest the outbreak will die out of its own accord in around three years from now. After that we may not see further outbreaks for at least a decade.

How do populations become immune?

When we are exposed to a pathogen, our body produces an immune response to defend itself. This immune response not only clears the pathogen, but often provides protection against further infection even after we recover, so we’re not susceptible to being infected again.

Infectious diseases spread when a pathogen (a virus, bacteria or parasite) is transmitted from an infectious person to a person who is susceptible to infection. During an outbreak, lots of people can become infected in a short time and develop immunity.

As a result, the number of susceptible people left available to be infected is reduced, making it harder for the pathogen to keep spreading. The number of new infections declines and the outbreak ends, without it being necessary for everyone to have been infected. The current models suggest this will occur with the Zika outbreak over the coming years.

After a large outbreak has run its course, there may no longer be enough susceptible people in a population to allow a further outbreak to occur. Even if an infectious person enters this population, most people they meet will be protected, due to past exposure, and the disease won’t be able to spread very far. This inability for the pathogen to spread then provides indirect protection for those who remain susceptible. This population-level phenomenon of protection is known as “herd immunity”.

While we usually aim to achieve herd immunity through vaccination, in the case of Zika the models predict that herd immunity will be achieved through natural infection.

So how could Zika ever return?

There are two ways a population can become “outbreak-ready” again. First, people who have recovered from infection may eventually lose the protection gained from their immune response and become susceptible again.

How long this protection lasts varies from disease to disease. For some diseases, such as chlamydia, it may be very short-lived or even non-existent. For others, such as measles, protection may be near lifelong.

Protection against measles is near lifelong, which is why most outbreaks have historically occurred in children. Sue Clark/Flickr, CC BY

Second, infants are typically susceptible to disease when they are born. Over many years, the birth of enough susceptible infants may create the conditions for a new outbreak to occur.

This is why, before the development of vaccines, measles outbreaks tended to occur every two to three years, predominantly involving young children. During an outbreak, almost all of the susceptible people in a population would be infected. It would then take two or three years for enough children to be born to provide enough susceptible people for a further outbreak.

The first outbreak of a disease in a new population, as we are observing with Zika in Latin America, is a special case. Because few people in the population are likely to have immunity from prior exposure, there will be more susceptible people and the outbreak will be much larger. We might then expect an even longer gap before the next outbreak.

We don’t know how long people are protected after being infected with Zika virus. Comparison with other similar viruses suggests immunity might be lifelong. If this is the case, the expected time before another outbreak can be estimated by considering how long it will take for enough newly susceptible people to be born. The Science article estimates this to be at least ten years based on currently available data.

Many other factors can influence the waiting time between outbreaks. Changes in the genetic structure of the Zika virus may lead to a more rapid loss of herd immunity. Geographic variation in the spread of disease could leave some populations relatively unaffected and vulnerable to outbreaks.

If climatic change extends the range of disease-bearing mosquitoes, new susceptible populations may be exposed to Zika. Changes in population demography and behaviour may also affect the epidemic dynamics.

Mathematical models such as the one used in the Science study enable exploration of many scenarios, helping to make sense of how these factors interact. By testing out alternative outbreak response strategies, models can inform decisions about which interventions will most effectively minimise harm. Models also enable us to quantify our uncertainty about which future course of events will come to pass.

Importantly, these models also show researchers where the most important gaps in our knowledge are. In the case of Zika, these studies identify an urgent need for better data on who has been infected in the past, not only in Latin America, but also in other regions that may be at risk, such as Asia.

This is challenging because many people infected with Zika virus will not become sick. Those who do may experience symptoms that could be mistaken for those caused by other diseases such as dengue or chikungunya. Better diagnostic tests are needed to estimate the current level of herd immunity to Zika in different populations and identify those most at risk.

Nicholas Geard is an ARC DECRA Research Fellow, Centre for Epidemiology and Biostatistics, Melbourne School of Population and Global Health, University of Melbourne.

Cameron Simmons is Laboratory Head, Department of Microbiology and Immunology, University of Melbourne

Jodie McVernon is Professor and Director of Doherty Epidemiology, University of Melbourne.