Opinion Everyone’s different: what parts of the brain make our personalities so unique?

Both genetic and environmental factors determine someone's personality. Genes account for up to 50% and unique environmental experiences make up the rest, writes Perminder Sachdev. 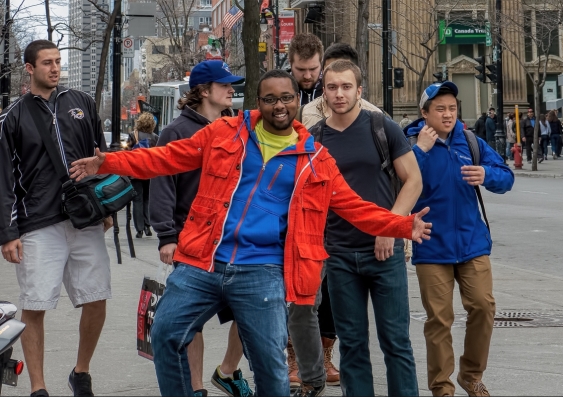 OPINION: Personality is a broad term describing how people habitually relate to the world and their inner self. After the developmental period through childhood and adolescence, these patterns of relating remain reasonably stable through life. They are then referred to as traits and influence behaviour, thinking, motivation and emotion.

Since everyone is different in their own way, psychologists have debatedhow to characterise personality. The most popular approach has so far been to use five dimensions: openness to experience (curious or cautious), conscientiousness (organised or careless), extraversion (outgoing or solitary), agreeableness (friendly or detached) and neuroticism (nervous or secure).

A self-report questionnaire is often used to give a score to each dimension, which then describes someone’s personality. These descriptions have been used to understand normal and abnormal behaviour, and to predict work success, academic achievement and interpersonal relationships.

Both genetic and environmental factors determine someone’s personality. Genes account for between 30-50% of the determination and the rest is made up largely of environmental experiences unique to the individual.

An iron rod was driven through Gage’s head, destroying most of his left frontal lobe and resulting in a profound change in his personality.Wikimedia Commons

Understanding the neurological physiology of personality is sometimes seen as the holy grail of psychology, and was the topic of Sigmund Freud’s first paper, Project for a Scientific Psychology, in 1895.

Early developments in this field came from historical case descriptions.

The classical case is of Phineas Gage(1823-60), an American railroad worker who had a large iron rod driven completely through his head in an accident, which destroyed most of his left frontal lobe and resulted in a profound personality change.

After the accident, Gage was described as having become “fitful, irreverent, indulging at times in the grossest profanity (which was not previously his custom), manifesting… little deference for his fellows, impatient of restraint or advice when it conflicts with his desires.”

From this case, the frontal lobes, which occupy the front third of the brain, emerged as the seat of higher functions such as judgement, motivation, regulation of behaviour and social consciousness.

Later, in the early 20th century, neuroanatomists identified the limbic lobe – an arc-shaped part of the frontal, temporal and parietal lobes that sits in the middle of the brain – as the seat of emotion. It was recognised as making an important contribution to personality.

As our understanding evolved, personality has been regarded as a composite of character and temperament.

Temperament is understood as the way the body produces behaviour. It refers to certain biases an individual has when responding to external stimuli.

A well-established model proposes that whereas personality traits are based on habitual behaviour, temperamental traits are someone’s predispositions when it comes to four areas: harm avoidance, novelty seeking, reward dependence, and persistence. These are closely related to basic emotions such as fear, anger, attachment and ambition.

High harm-avoidance leads to avoiding behaviours that don’t produce reward or cause punishment; as in people who are shy, uncertain or socially inhibited.

Individuals with such traits have increased activity in the fear circuit of the brain, involving the amygdala and other structures of the limbic lobe.

Individuals who are shy have high activity in the fear circuit of the brain. from shutterstock.com

This activity has been linked to abnormalities in two neurotransmitters: serotonin and γ-amino butyric acid (GABA). Modulating these with drugs – such as selective serotonin reuptake inhibitors (SSRIs that include Prozac) and benzodiazepines, including Valium – can help people with depressive, anxious and obsessive thoughts.

Novelty seeking leads to exploration and individuals high on this trait are curious, quick-tempered, impulsive and easily bored. They have increased activity in the basal ganglia, which are clumps of neurons sitting in the middle of the brain. This trait has also been linked to the so-called pleasure molecule dopamine, which acts on the basal ganglia, and changes in this pathway are associated with seeking novelty in different ways.

People with high reward dependence seek social rewards and are likely to be socially sensitive and reliant on social approval. Those low on this trait are tough-minded, cold and aloof.

The temporal lobes of the brain play a major role in how we process social cues, and increased activity in the anterior part of these lobes and in a brain structure called the thalamus has been related to higher levels of reward dependence.

Persistence leads to the maintenance of a behaviour despite fatigue, repetitiveness and frustration, and often results in such qualities as industriousness and determination. The regions of the brain particularly important for this include the inner and lower parts of the frontal lobes, especially those called the anterior cingulate and the orbitofrontal cortex, and their networks that involve the basal ganglia.

Persistence is loosely related to motivation. Emotion plays a major role in maintaining this drive, as basic emotions, such as happiness, tend to energise behaviour and lack of emotion has the opposite effect.

Researchers have attempted to examine whether brains of high achieving people, such as Einstein, are different. While there have been reports that brain regions involved in numerical and spatial abilities (mid-frontal and inferior parietal regions) were larger and the bundle of fibres connecting the two halves of the brain (corpus callosum) was thicker, there is no consensus that Einstein’s brain was remarkably different from others.

There is, however, considerable evidence that people with higher intelligence, as measured on psychometric tests, have larger brains on the average. Geniuses whose brains have been studied and found to be large include Carl Gauss (mathematician), Rudolf Wagner (composer) and Vladimir Lenin (political leader), although there are also many exceptions to this rule.

Character involves an individual’s goals and values in relation to oneself and others. It is the conceptual core of personality and involves complex higher functions such as reasoning, abstraction, concept formation and interpretation of symbols.

Interaction of these networks with regions regulating temperament and emotion leads to the emergence of individual personality. It is important to emphasise that no particular personality characteristic comes from a specific brain region, as the brain operates as a complex network.

People suffering from dissociative identity disorder have been reported to have reduced volumes of the hippocampus and amygdala and reduced activity of the orbitofrontal cortex. from shutterstock.com

There is also considerable redundancy in these networks, as they have an innate ability to compensate, sometimes referred to as neuroplasticity. An excellent example of neuroplasticity was demonstrated in London taxi drivers who were shown to have increased grey matter in the back part of their hippocampi – related to spatial representation of the environment - when compared to those who weren’t professional drivers.

Neuroplasticity is instrumental in recovery from brain injury, such as after a stroke, when other parts of the brain take over some of the functions of injured regions.

Not uncommonly, a problem in brain development or the failure of adaptive mechanisms leads to the development of personality disorder. This is when a person has an enduring pattern of behaviour and ways of thinking that deviates from social and cultural norms, causing distress.

Researchers have begun to look at the neurological biology of various personality disorders. One subject of interest has been multiple personality disorder, now referred to as dissociative identity disorder. People suffering from this have been reported to have reduced volumes of the hippocampus and amygdala and reduced activity of the orbitofrontal cortex. These have been linked to childhood trauma which results in abnormal regulation of emotion.

While we have come a long way from the days of phrenology, when personality was read by feeling bumps on the head, the neurological biology of normal and abnormal aspects of personality is only beginning to be understood. What is clear though, is that personality comes from a complex neural construct, shaped by genetics and early developmental experiences that influence the structure and function of the brain.

This opinion piece was first published in The Conversation. Read the other articles on Brain Control here.