Exercise, not diet, is the key to overcoming adverse metabolic effects passed on to children by their overweight mothers, new research has shown for the first time. 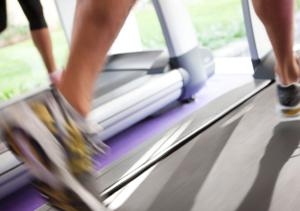 Exercise is the key to overcoming the adverse metabolic effects passed on to offspring by their overweight mothers, with research showing for the first time these effects can be almost completely reversed through physical activity.

Being an obese mother can have a powerful impact on the next generation, altering central appetite circuits and contributing to increased fat deposits, glucose intolerance and metabolic disease in offspring.

However, a study from the University of New South Wales (UNSW) on rodents found exercise was able to dramatically improve these detrimental impacts, with the reversal most pronounced in juveniles who both exercised and consumed a low-fat diet.

“What these latest findings on exercise show is that most, if not all, of the negative consequences of maternal obesity can be reversed through voluntary exercise in the next generation,” said study leader Professor Morris, from UNSW’s School of Medical Sciences.

The findings point to the powerful effect of exercise on the metabolic system, and are particularly significant given the global obesity epidemic and the increasing number of overweight women entering pregnancy, Professor Morris said.

However, when the pups born to obese mothers were allowed to exercise, their fat mass, plasma lipids, blood pressure and insulin resistance were reduced. Offspring who ate healthy food as well as engaging in exercise reached metabolic levels similar to control rats born to normal weight mothers and raised on standard chow.

“Eating well is obviously a good thing, but exercise is the key. Our previous studies showed that offspring of obese mothers who ate well but were sedentary weren’t able to reverse the metabolic risk factors. It was only in this study when exercise was introduced that improvement was recorded,” Professor Morris said.

Shared metabolic similarities between humans and rodents suggested the results could be replicated in people, Professor Morris said.

The study, which formed the basis of the doctoral research of Sultana Rajia, is published this month in the journal Nutrition, Metabolism and Cardiovascular Disease.