Dementia isn’t inevitable and simple lifestyle changes in middle age are still the best way to keep the disease at bay. 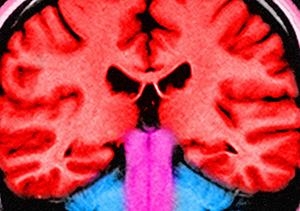 Most of us take our brains for granted – until, that is, we slowly start to drift towards forgetfulness.

“It’s always in the back of your mind when you forget your keys or lose track of a conversation,” says 29-year-old Andrew Watt, who watched his father’s memory slip away after he was diagnosed with dementia in his 50s.

“Being a surgeon it was a very isolating experience for him. You don’t get to choose which memories get erased first, there’s this haphazard loss of your sense of self,” he says.

Despite the positive developments in anti-ageing medicine and the billions of research dollars spent, drugs can still only treat some symptoms of dementia, and not the underlying disease process itself.

However, there is mounting evidence that millions of cases could be prevented worldwide by making simple lifestyle changes during middle age.

“The argument is that once you’ve started displaying symptoms it’s too late, and we should be treating people much earlier. There is strong evidence that dementia builds up at least 25 years before you start showing any signs,” says Scientia Professor Henry Brodaty, Co-Director of UNSW’s Centre for Healthy Brain Ageing (CHeBA).