Opinion Explainer: what is herd immunity?

Even in Australia where immunisation rates are high, children and adults are still at risk of vaccine-preventable diseases, write Nicholas Geard, James Wood and Jodie Mcvernon. 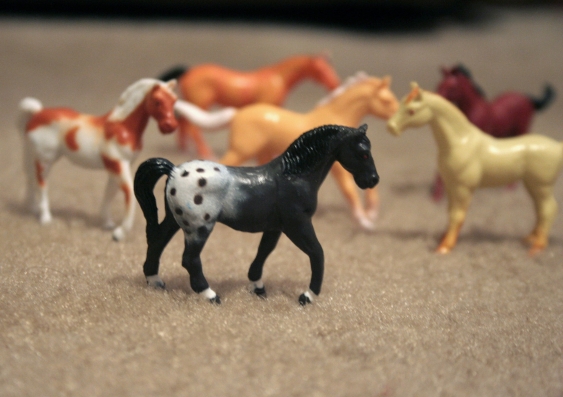 Protecting the herd means a certain proportion of the population has to be immunised. Flickr/Princessrica, CC BY-SA

OPINION: The recent outbreak of chickenpox in a Melbourne primary school is a reminder that even in a country like Australia where immunisation rates are high, children and adults are still at risk of vaccine-preventable diseases.

Outbreaks such as this one occur from time to time for two main reasons.

The first is that vaccines don’t always provide complete protection against disease. And, over time, vaccine protection tends to diminish.

The second is that not everyone in the population is vaccinated. This can be for medical reasons, by choice, or because of difficulty accessing medical services.

When enough unprotected people come together, infections can spread rapidly. This is particularly the case in settings such as schools where large numbers of children spend long periods of time together.

When a high proportion of a community is immune it becomes hard for diseases to spread from person to person. This phenomenon is known as herd immunity. Herd immunity protects people indirectly by reducing their chances of coming into contact with an infection.

By decreasing the number of people who are susceptible to infection, vaccination can starve an infectious disease outbreak in the same way that firebreaks can starve a bushfire: by reducing the fuel it needs to keep spreading. If the immune proportion is high enough, outbreaks can be prevented and a disease can even be eliminated locally.

Protection of “the herd” is achieved when immunity reaches a value known as the “critical vaccination threshold”. This value varies from disease to disease. It can be estimated using a formula that takes into account how contagious a disease is and how effective the vaccine against it is.

For a disease outbreak to “grow”, each infected person needs to pass their disease on to more than one other person, in the same way that we think about population growth more generally. If individuals manage only to “reproduce” themselves once in the infectious process, a full-blown outbreak won’t occur.

For example, on average someone with influenza infects up to two of the people they come into contact with. If one of those individuals was already fully protected by vaccination, then only one of them could catch the flu. By immunising half of the population, we could stop flu in its tracks.

On the other hand, a person with chickenpox might infect five to ten people if everyone were susceptible. This effectively means that we need to vaccinate around nine out of every ten people (90% of the population) to prevent outbreaks from occurring.

Chickenpox is highly contagious, meaning a higher proportion has to be immunised than for, say, the flu. Phyllis Buchanan/Flickr, CC BY

As mentioned earlier, vaccines vary in their ability to prevent infection completely, particularly with the passing of time. Many vaccines require several “booster” doses for this reason. When vaccine protection is not guaranteed, the number of people who need to be vaccinated to achieve herd immunity and prevent an outbreak is higher.

Chickenpox vaccine is one such example: infections can occur in people who have been vaccinated. However, such cases are typically less severe than in unimmunised children, with fewer spots and a milder symptom course.

In Australia, overall vaccine coverage rates are high enough to control the spread of many infectious diseases. Coverage shows considerable geographic variation, though, with some communities recording vaccination levels of less than 85%.

In these communities, the conditions necessary for herd immunity may not be met. That means localised outbreaks are possible among the unvaccinated and those for whom vaccination did not provide full protection. In the Netherlands, for example, high national measles vaccine uptake was not enough to prevent a very large measles outbreak (more than 2,600 cases) in orthodox Protestant communities opposed to vaccination.

Australia’s National Immunisation Strategy specifically focuses on achieving high vaccine uptake within small geographic areas, rather than just focusing on a national average. Although uptake of chickenpox vaccine in Australia was lower than other infant vaccines, coverage is now comparable.

Why are some children not vaccinated?

Much of the media attention has emphasised those who choose not to vaccinate their children due to perceived risks associated with vaccination. However, while the number of registered conscientious objectors to vaccination has increased slightly over time, these account for only a small fraction (1.77% in 2014) of children.

A recent study found only 16% of incompletely immunised children had a mother who disagreed with vaccination. Other factors associated with undervaccination included low levels of social contact, large family size and not using formal childcare.

Tailoring services to meet the needs of all parents requires a better understanding of how families use health services, and of the barriers that prevent them from immunising.

To ensure herd immunity can help protect all children from preventable disease, it’s vital to maintain community confidence in vaccination. This is a priority of the National Immunisation Strategy. It’s equally important the other barriers that prevent children from being vaccinated are identified, understood and addressed.

James Wood is a senior lecturer in the School of Public Health and Community Medicine at UNSW.

Jodie McVernon is an Associate Professor, Population and Global Health, University of Melbourne.

Nicholas Geard is an ARC DECRA Research Fellow, Centre for Epidemiology and Biostatistics, Melbourne School of Population and Global Health, University of Melbourne.