Opinion The eyes have it: changing kids' minds about bad behaviour

Temper tantrums, playground fights, or just seeming to delight in annoying others. Conduct problems in childhood can be a precursor of worse to come, writes Rhoshel Lenroot. 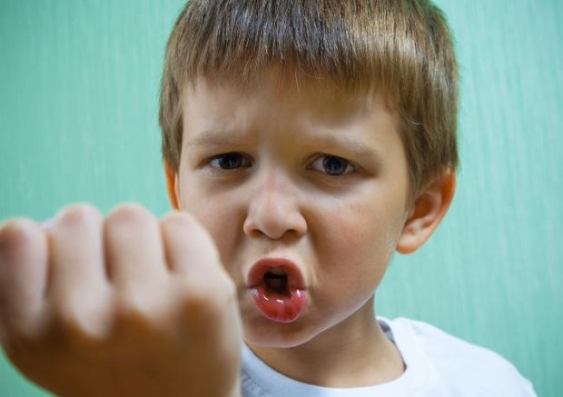 OPINION: Aggression and oppositional behaviour in childhood doesn’t just make short-term problems for children, their friends and families. It also places kids at risk of long-term issues with mental and physical health. And while there are some effective treatments around, not all children respond to them. Now, neuroscience is helping guide better treatment.

Temper tantrums, breaking rules, playground fights, or just seeming to delight in annoying other people – most children will show one or more of these behaviours at least occasionally while growing up. And some level of contrariness might even be a sign of healthy development.

But, for some children, such behaviour can escalate into more persistent patterns of violating other people’s rights and hurting their feelings. This creates significant problems for both the child and the people around them.

Being consistently oppositional towards the world, or more overt actions such as aggression, theft, and destruction of property, are collectively referred to in the field of child and adolescent mental health as disruptive behaviours or conduct problems.

Beyond their immediate consequences, conduct problems in childhood are the most common precursor to a variety of disorders affecting mental and physical health, as well as social function, in adulthood. So intervening early in conduct problems is important both in the short term and to prevent longer-term issues as children mature.

But effective interventions depend on understanding what causes aggression and other conduct problems in the first place. Why do some children seem angry all the time, or act as if they just don’t care about the feelings of others?

As frustrating as this kind of behaviour is, and tempting as it might be to just try to stop it with punishment, many parents find that just doesn’t work. What appears to work better is designing interventions based on understanding how a given child’s emotions or ways of thinking might be contributing to the way they’re acting. And how family or other communities might be interacting with the child to elicit such behaviour.

Not all children with conduct problems are alike. Developmental psychology and cognitive neuroscience studies suggest such aggressive behaviour may be of at least two distinct types.

The more common type is associated with the fight-or-flight response, which is the set of emotional and physiological reactions people (as well as animals) have in response to feeling threatened. It may include the release of hormones such as adrenaline and cortisol, faster heart rate, and blood flow being directed to the muscles to prepare for action.

Since it’s important to respond to danger quickly, these reactions often start before the person has a chance to determine whether something is actually a threat. And once the response is underway, you have to exert self-control to stop and think. If you find this difficult for some reason, then there’s greater risk of inappropriate behaviour.

This is the child with an explosive temper who impulsively does something harmful often because he or she feels threatened, but who feels quite remorseful afterwards. Beneath the bravado, many of these children suffer from significant anxiety, which contributes to their tendency to interpret other people as being hostile, and reacting accordingly.

These children use aggression to get something they want in a more callous way. Instead of high levels of anxiety, they may show less emotional reaction to experiences most people would find distressing. Other people’s feelings seem to just not matter to these kids and now neuroscience is helping explain why.

Brain imaging studies show their amygdala (the brain region that normally increases activity in response to a potential threat) doesn’t display the expected reactivity. Studies in twins have suggested that while the hyper-aroused type of aggression is often associated with external risks, such as growing up in an unsafe environment, this second type appears more strongly genetic.

So what might cause this kind of behaviour? One clue comes from research suggesting part of the answer may lie in the neural systems underpinning attention.

Children in the second group have been found to often have difficulty recognising when other people look fearful. This failure has been linked to them paying less attention to other people’s eyes, the part of the face that reveals the most about what someone is feeling.

When the children were directed by researchers to look at other people’s eyes, their ability to recognise fear improved. This suggests improving attention to emotional cues may play a helpful in their treatment.

What isn’t known, though, is whether redirecting their attention will result in a more normal response in the relevant brain regions. Whether the amygdala is able to respond when the right cues are being seen.

My colleagues and I are using functional neuroimaging to study the effects on brain activity of changing what children with conduct problems pay attention to. Working with kids displaying callous types of aggression, we’re trying to find out if refocussing their attention normalises response in areas of their brain related to emotional activity.

We also want to know whether the same intervention in the children with more reactive aggression might have the negative effect of over-stimulating an already aroused fight-or-flight system.

Better understanding the differences between children with conduct problems is an essential step in making sure they receive the right treatment. It will help kids and their families decrease problem behaviours, and hopefully prevent some of the long-term issues that arise in the absence of timely intervention.

Rhoshel K. Lenroot, is a Professor of Infant, Child and Adolescent Psychiatry at UNSW.