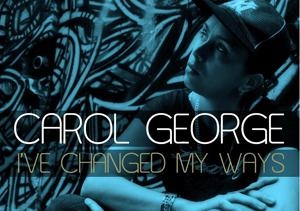 The annual competition asks entrants to compose and record a song that addresses how cannabis negatively affects Aboriginal and Torres Strait Islander communities. The first prize in the competition was $5,000 cash and a two-day workshop to professionally record their song with SkinnyFish Music, Australia's leading music label for Indigenous artists.

NCPIC is based at the University of New South Wales and is a Department of Health and Ageing initiative. The Centre's mission is to prevent and reduce the use of, and problems related to, cannabis in Australia, with one of its key target groups being Aboriginal and Torres Strait Islander communities.

Carol's rap song, titled I've Changed My Ways, explores issues that can arise from cannabis use, such as dependency, money problems, as well as the negative effects on relationships and family. SkinnyFish Music commercially released Carol's song on iTunes on 8 June 2012.

"I have personally experienced addiction to cannabis and one of my passions was music, so the competition was perfect for me," Carol said. "I wanted to share my negative experiences on cannabis with my community. I dealt mainly on the effect my cannabis use had on my family, especially my kids."

"Cannabis use happens a lot in my community and I wanted to share my journey of how I got off it. When I was using cannabis I was always depressed and I could see that it wasn't good for my kids to see me like this and I didn't want to live that way anymore."

Across the general community, research shows that cannabis use has been declining over the past decade, however, limited research and anecdotal evidence available suggests that in some Indigenous communities, community members are becoming increasingly concerned about the recent rapid escalation and pervasiveness of cannabis use.

NCPIC also awarded a runner-up prize of $1,000 to Jerome Jurra and Messiah Brown from the Yuendumu community in the Northern Territory, with their song, Keep Your Body Clean.

A free CD with Carol's song and the other 11 competition finalists can be ordered from NCPIC's website.