Opinion Fighting an outbreak of complacency 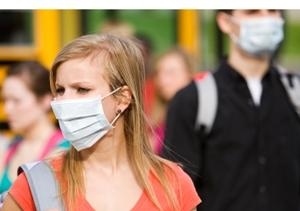 OPINION: As an epidemiologist, I was oddly reassured by the fictional scenes of mass panic and death in the recent Hollywood thriller Contagion.

This was not because the filmmakers took such dramatic licence that the mystery disease spreading like wildfire was beyond the realm of possibility. In fact, the public health risks of an unknown and highly contagious pathogen are realistically portrayed.

What I looked for, and found, in the film was a competent, determined team of ''disease detectives'' and a nationally, and internationally, co-ordinated frontline response to the emergency.

That's exactly the kind of ''best practice'' the United States' Centres for Disease Control and Prevention (CDC) has been developing since its inception in the early 1950s, initially to confront the Cold War threat of biological warfare.

It was fortunate for Contagion's fictional patients that the rapidly mutating virus came under the scrutiny of the US agency. Should Australia be hit by something comparable we would be inadequately prepared.

This is not an alarmist statement. Australia has neither a sufficient number of specialist medical personnel to deal with such a fast-moving public health emergency nor the national co-ordination mechanisms essential to bridge the divides between our state government-run health systems.

Recent experiences in our region with bird flu and SARS (severe acute respiratory syndrome), for example, gave us a worrying insight into the real risks. And my own professional experience, including a stint as chief medical officer of Australia, has given me a clear understanding of how truly alarming a new health threat can be.

When we became aware of the first AIDS cases in 1983, I was chief health officer of NSW. Here was a new, universally fatal disease caused by an unknown agent. We had no diagnostic test to tell us how many people were infected – assuming an infectious agent was involved. Transmission of what was soon to be identified as HIV through sex and blood caused public panic, including calls for everything from testing on arrival at airports (once a test was available) to banning HIV-positive footballers.

There was only one trained epidemiologist on the staff of NSW Health to assist during this horrendously stressful time. I had to make arbitrary decisions based on the best information we had available at the time, such as closing sperm banks, limiting blood donations and funding prostitutes' collectives to provide their clients with free condoms.

Consider, too, the outbreak of legionnaires' disease in Wollongong in the mid-1980s. It was only through painstaking "detective" work that the bacteria were traced to a chemist store where a usually unused airconditioner had been switched on by a locum pharmacist; pumping the disease into the shopping centre, infecting 44 people and killing 10.

I am not suggesting we overlook the spectacular progress that has been made in human health over the past century. Disease prevention through such fundamental measures as clean water, sanitation, mass immunisation programs and lifestyle interventions such as exercise and diet has greatly reduced suffering and death. Likewise, major medical advances have eradicated or managed a long list of previously serious or fatal diseases and conditions.

But there are many new public health threats, compounded by an international shortage of health workers.

The mass movement of people, particularly by air, and the consolidation of populations in crowded urban areas can foster the rapid transmission of diseases. The industrial production of food products, and their export, can lead to mass poisonings or adverse reactions to contaminants. Natural disasters, too, create public health emergencies.

The health sector continues to face new questions every day; such as how to deal with diseases that jump from animals to humans, or why we find cancer clusters in some areas for no apparent reason.

We also know that diseases, unlike bureaucracies, aren't contained behind state or national borders. If we want to protect our own health, Australia should be prepared to take regional leadership in an emergency, if necessary, or at the very least be ready and able to assist our neighbours.

Fifty years ago there was no epidemiology training available in Australia. Over the past 20 years Australia has been building a new generation of specialists through public health training programs in Victoria and NSW and, until recently, the master's of applied epidemiology at the Australian National University.

We have also benefited from input from the CDC. The director of the centre's Epidemic Intelligence Service, Dr Douglas Hamilton, is speaking with me at UNSW this week.

Since 1989 we have had a national communicable diseases network to foster co-operation between the states, but this is not the same as a national operational response capability.

All of these developments are worth celebrating, but are they enough to cope with a Contagion-type scenario or even something far less dramatic? In my opinion, no.

The excellent master's of applied epidemiology is now defunct and has been repackaged. That's an important enough reason to take stock. We have a quality template in America's CDC – a model already adopted by 24 countries including China and South Korea - and the capacity to train more people at home.

For Australia, one important step in the right direction would be to consolidate the country's three training courses into one qualification at DrPH level.

Australia's health and medical fraternity is world class, but in epidemiology we are punching below our weight. We need frontline experts and a sizeable team of "reserves" to call on.

Public health emergencies are often like tsunamis; totally unexpected and devastating in their effect. We should, and can be, better prepared.

Professor Tony Adams is a former chief health officer NSW and former chief medical officer of Australia. He spoke on Australia's capacity for rapid response at the seminar Field Epidemiology in a Changing World at UNSW.

How well could Australia respond to a public health emergency?