Fiji sex workers are being subjected to human rights abuses, including torture, at the hands of the military, a new report has found. 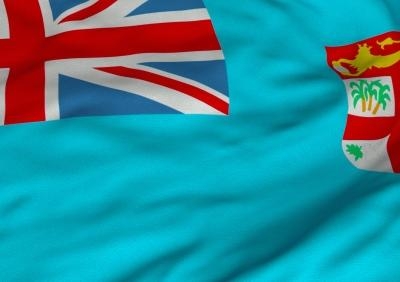 Heather Worth and Karen McMillan

Sex workers in Fiji are being subjected to serious human rights abuses, including torture, at the hands of the military following the recent introduction of the country’s Crimes Decree, a new UNSW report  has found.

The abuses include illegal detention of sex workers, torture and humiliation, according to Ms Karen McMillan and Associate Professor Heather Worth, whose report Sex Workers and HIV Prevention in Fiji - after the Fiji Crimes Decree 2009 is released today (Monday 12 December).

The UNAIDS-funded report, compiled by UNSW’s International HIV Research Group, details sex workers’ stories of being held in pig pens, being made to roll in mud and forced to strip and take part in humiliating acts.

The prostitution section of the Decree has driven the sex industry further underground, with negative impacts on HIV prevention, and should be immediately repealed, the authors said.

The situation is particularly bad in Lautoka, the centre of Fiji’s sugar industry.

“The approach in Lautoka is characterised by round-ups and summary punishment of sex workers which includes sleep deprivation, humiliation and enforced physical labour,” said Ms McMillan.

“While few sex workers, and no clients, have ended up in court, the military is taking harsh action against sex workers in the area.”

Ms McMillan said sex workers seized by the military are detained in outdoor pens on the army base, woken every three hours and made to duck walk and squats in the mud. Some were forced to wear a traffic cone on their head, stand on one leg and yell repeatedly, ‘I will never sell myself again’.”

Sex work is a long-established industry in Fiji, with past estimates suggesting the number of sex workers per capita rivals Thailand. Despite a 1999 recommendation by the Fiji Law Reform Commission to decriminalise sex work, the new Crimes Decree introduced a wider range of offences relating to sex work, including the criminalisation of the client.

Associate Professor Worth said the heightened fear of brutality and harassment from law enforcement agents since 2010 has had a wider public health impact by reducing sex workers’ ability to negotiate with clients about condom use.

“Sex workers’ concerns about HIV infection have been displaced by more immediate safety concerns,” Associate Professor Worth said. “Sex work has become increasingly isolated because of fear of arrest and the laws have resulted in a risk-averse response by NGOs and the closure of a crucial and highly effective sex worker outreach and condom distribution program.”

These findings were part of a research project examining the impact of the Crimes Decree on HIV prevention among sex workers, undertaken between March and April 2011, and included 25 face-to-face interviews with sex workers in Suva, Lautoka, Labasa and Nadi.