The first study of the effects of Sydney’s air pollution on the development of asthma has been carried out at UNSW. 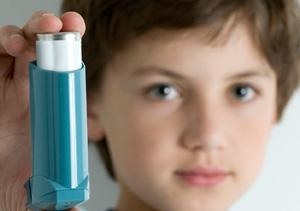 The first study of the effects of Sydney’s air pollution on the development of asthma has been carried out at UNSW.

Asthma affects one in six children, making it the most common chronic disease in young people. It most commonly develops in the first decade of life.

“Developing a proper model of childhood asthma involves long-term studies and controlled exposure to triggers in the environment, which requires a great deal of effort and has not been done before,” says UNSW Medicine’s Professor Rakesh Kumar, the team leader of the study.

The work, which has been published in Disease Models and Mechanisms, shows that the pollutants in the air can damage the airways through oxidative stress. This enables an allergic response when combined with exposure to allergens.

“Genetic and environmental factors are crucial in the induction of asthma in children,” explains Dr Cristan Herbert, the first author of the paper. “Our work demonstrates how environmental pollutants can drive development of asthmatic inflammation if the genetic background permits this.”

The team exposed young mice to particulate pollutants from air samples collected at Chullora in Sydney’s west. The research was based on animals in the first three months of life, which has relevance for children up to the age of 10.

When exposed to allergens later in life, asthma-like inflammation developed in the airways of animals that had earlier been exposed to both the pollutants and to allergens. Asthmatic changes were absent in those not exposed to particulates during early life.

Animals that didn’t get exposed to pollution but were given allergens had minimal inflammation. The severe inflammation only developed in those exposed to Sydney pollution.

Previous research shows that asthma is more common in children living close to high-traffic areas, where there is not enough dispersal of pollutants in the air.

The researchers found that in cell culture, the injury could be prevented by anti-oxidants, but unfortunately the same result wasn’t achieved by changing the diet of the experimental animals.

“So it’s not as simple as ‘Eat your greens, or your tomatoes, or Vitamin E',” says Professor Kumar from the School of Medical Sciences. “Indeed, there are no easy answers about how to reduce the likelihood of a child developing asthma.”

The study used particulate matter recovered from air sampling filters provided by the NSW Office of Environment and Heritage. The research was funded by the National Health and Medical Research Council of Australia and the Rebecca Cooper Medical Research Foundation.