Despite significant achievements on the prevention front, a number of myths about HIV persist in the Australian community, writes Bridget Haire. 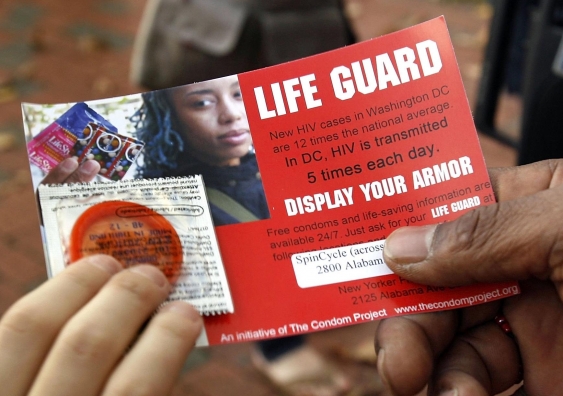 OPINION: Australia had a quick and effective response to HIV at the start of the epidemic. Some 30 years later, however, there’s a tendency to underestimate the sheer effort involved in maintaining HIV prevention responses. Misinformation and lazy assumptions about quick fixes can mar sustained and effective HIV prevention.

The nation’s initial response was multifaceted. On the prevention front, safe sex was invented by affected communities, and needle and syringe programs were pioneered by intrepid health workers and their injecting drug user clients. Screening of donor blood began as soon as the HIV antibody test was available.

These interventions saved untold lives – and health dollars. On the treatment front, Australian researchers played an integral role in the effort of develop effective anti-HIV drugs that transformed HIV from an infection likely to cause death to one that can be managed with a pill a day, with minimal side effects.

Despite these palpable achievements, a number of myths about HIV persist in the Australian community.

Every sexually-active person needs to be aware of HIV and to take responsibility for protecting his or her sexual health as well as the sexual health of their partners.

But the reality in Australia is that HIV risk is not equally distributed. Rather, the epidemic here is concentrated in populations of men who have sex with men, with the most recent data showing that gay and other homosexually active men account for 79% of HIV infections.

Other key populations include people from high-prevalence countries and their sexual partners and Aboriginal people who inject drugs. HIV prevention interventions need to be developed in consultation with these communities to meet their needs.

Myth #2: “HIV prevention” means telling people what to do

Campaigns that tell people to use condoms, to get tested for HIV, or to take treatment if they have HIV, are a waste of time and money unless they engage with the real reasons why people don’t already do those things.

Effective health promotion is multilayered. Examples of this include rapid HIV testing conducted in community settings to minimise waiting times, increased availability of HIV treatments at community pharmacies, and condoms freely available at places where people meet for sex.

Good health promotion is not just social marketing, it also addresses the underlying issues of why people might not be adopting particular healthy behaviours. Once that’s established, you can advertise it with a glossy poster.

Myth #3: Sex workers are highly likely to have HIV

Australian sex workers instituted effective safer sex practices at the beginning of the HIV epidemic, and made condom use an occupational norm. As a result of this, HIV rates in Australian female sex workers are less than 0.1%.

Decriminalisation of sex work is vitally important to enable sex workers to have agency over their working conditions and voluntarily maintain this occupational health and safety standard.

Myth #4: Male condoms are the only sexual protection

Putting a condom on a penis for penetrative sex remains an excellent – and some would argue, the best – way to prevent HIV transmission. It is not, however, the only prevention HIV option.

There is also a female version – a different kind of condom that is inserted into the vagina, with a ring that remains open outside the vagina. It’s a bit like a high-tech bag into which the penis is inserted, and it provides effective protection if used correctly.

Apart from barrier protection, recent research has shown that the drugs used to treatment HIV can also help prevent ongoing transmission. There are three different strategies for this.

If a person with HIV takes highly effective therapy that suppresses HIV replication, this significantly reduces the likelihood of HIV transmission, a strategy know as “treatment as prevention”.

The second strategy is for a HIV-negative person at high risk of acquiring infection to take the drugs daily to greatly reduce risk. This is called “pre-exposure prophylaxis”, or PrEP.

Finally, if someone is exposed to HIV, he or she can obtain post-exposure treatment that greatly reduces the likelihood of infection if started within 72 hours of exposure. This is “post-exposure prophylaxis”, or PEP.

The Kirby Institute estimates around 14% of people with HIV in Australia do not know they are infected, and that this group contributes significantly to ongoing transmission.

People who do not know their HIV status will not be taking drugs, may be more likely to take risks, and could be dramatically more infectious.

Myths about HIV are counterproductive to our ongoing efforts to reduce transmission and protect the rights of people living with the virus. We need to recognise that addressing HIV is ongoing challenge – not a simple matter of telling someone else to put a condom on.

Bridget Haire is a lecturer in medical ethics at UNSW.

It takes a global village: how we got ahead in HIV control