Opinion Forget tea and biscuits, why should doctors get any gifts from pharma companies?

The current debate on disclosure threshholds obscures the much larger question of why doctors need to receive “tea and biscuits” from pharmaceutical companies at all, write Wendy Lipworth and Ian Kerridge. 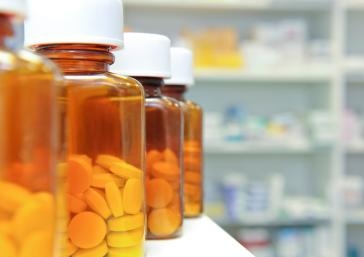 OPINION: The Australian Medical Association (AMA) and medical specialist groups are currently debating public disclosure of gifts received by doctors from pharmaceutical companies. The bone of contention is how valuable the freebies need to be before the doctor has to declare them.

The debate has arisen in the context of a review of Medicines Australia’s Code of Conduct – a document produced collectively on behalf of the Australian pharmaceutical industry to guide the behaviour of member companies.

In keeping with similar moves overseas, Medicines Australia is proposing to mandate disclosure of gifts and payments to doctors, starting in 2015, and is currently seeking stakeholder input into the technicalities of such a move.

Medical colleges in Australia appear to be divided in their views as to which of these options is most appropriate.

The Royal Australasian College of General Practitioners (RACGP) has argued – much to the chagrin of some of its members – for the $10 option.

In contrast, the Royal Australian College of Surgeons (RACS) and the Royal Australian & New Zealand College of Psychiatrists (RANZCP) have argued (in their submissions to Medicines Australia) that the threshold should be $25 – although the RACS thinks this requirement should kick in if a doctor receives more than $250 from an individual company per year, while the RANZCP wants the trigger for reporting to be $1,000 a year.

The AMA, in contrast, has reportedly cautioned against mandating disclosure of mere “tea and biscuits” benefits, arguing that the focus should be on larger payments received for consulting and speaking on behalf of drug companies.

Those arguing for lower thresholds claim that small gifts are no less likely than large gifts to influence prescribing behaviour. This argument is dismissed by others who suggest that patients don’t want to know about small gifts; that extensive reporting of low-cost gifts would create needless “noise” and obscure reports of more significant payments; and that doctors’ rights to privacy need to be protected.

These are all very important issues. If measures to manage interactions between doctors and industry are to work, it’s absolutely crucial that they are consistent with what the public wants; are sufficiently stringent; do not inadvertently undermine their own goals; and don’t infringe on the (genuine) rights of anyone concerned.

In this regard, we suggest that the focusing the debate on whether the threshold for reporting low-cost gifts should be set at $10 or $25 is patently absurd.

For one thing, these debates assume that disclosure is, or should be, the principal means by which the relationship between the health professions and industry should be managed – an assumption that is highly questionable.

The $25-threshold is also supported on the basis that excessive reporting might “drown out” reports of more significant gifts and payments. But why would this be solved by setting the threshold at $25 – a figure likely to generate many reports given current cost of a plate of sandwiches!

Finally, if we are concerned about protecting doctors’ privacy, then why would we believe that a $25-threshold would be any more protective of these rights than one set at $10? Is the actual cost of privacy $15?

These logical inconsistencies reveal the problem of trying to make moral distinctions in dollar terms. But the more concerning aspect of this debate about disclosure thresholds is that it obscures – perhaps deliberately – the much larger question of why doctors need to receive “tea and biscuits” from pharmaceutical companies at all.

We know that people already pay – financially and otherwise – for being prescribed medicines that they don’t need. And we know that doctors’ prescribing can beinappropriately influenced by the receipt of gifts from the pharmaceutical industry. So, why we tolerate the act of gift-giving at all?

Big debts often come in even the smallest packages. The focus of any attempt to make transparent the relationship between doctors and pharmaceutical companies, therefore, needs to be on questioning the probity of any gift — not on whether a gift costing $9.99 is in any way different from a gift costing $25.

The Royal Australian and New Zealand College of Ophthalmologists has been reported to have “no specific opinion” on the disclosure threshold. If this means that they recognise that such distinctions are morally vacuous and that the important questions lie elsewhere, then it may be that theirs may be the most sensible response to the current debate.

Dr Wendy Lipworth is a Postdoctoral Research Fellow based at the Australian Institute of Health Innovation, UNSW. Ian Kerridge is an Associate Professor in Bioethics and Director of the Centre for Values and Ethics and the Law in Medicine at the University of Sydney.

Do consumer groups really advocate for the public interest?