Four is the “magic” number

A new analysis suggests four – not seven – is the “magic” number easily processed by the brain, challenging a long-held view on what constitutes the limit to human perception. 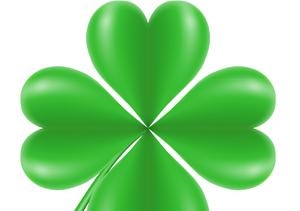 According to psychological lore, when it comes to items of information the mind can cope with before confusion sets in, the “magic” number is seven.

But a new analysis by a leading Australian psychiatrist challenges this long-held view, suggesting the number might actually be four.

In 1956, American psychologist George Miller published a paper in the influential journal Psychological Review arguing the mind could cope with a maximum of only seven chunks of information.

The paper, “The Magical Number Seven, Plus or Minus Two. Some Limits on Our Capacity for Processing Information”, has since become one of the most highly cited psychology articles and has been judged by the Psychological Review as its most influential paper of all time.

But UNSW professor of psychiatry Gordon Parker says a re-analysis of the experiments used by Miller shows he missed the correct number by a wide mark.

Writing in the journal Acta Psychiatrica Scandinavica, Scientia Professor Parker says a closer look at the evidence shows the human mind copes with a maximum of four ‘chunks’ of information, not seven.

“That’s a big difference for a paper that is one of the most highly referenced psychology articles ever – nearly a 100 percent discrepancy,” he suggests.

Professor Parker says the success of the original paper lies “more in its multilayered title and Miller’s evocative use of the word ‘magic’,” than in the science.

Professor Parker says 50 years after Miller there is still uncertainty about the nature of the brain’s storage capacity limits: “There may be no limit in storage capacity per se but only a limit to the duration in which items can remain active in short-term memory”.

“Regardless, the consensus now is that humans can best store only four chunks in short-term memory tasks,” he says.

The full discussion paper includes many exemplars of the magic of ‘four’.

Secrets of the Century