UNSW has won four of 20 prestigious awards given to the country’s top health and medical researchers. The haul includes a particularly strong performance by female researchers. 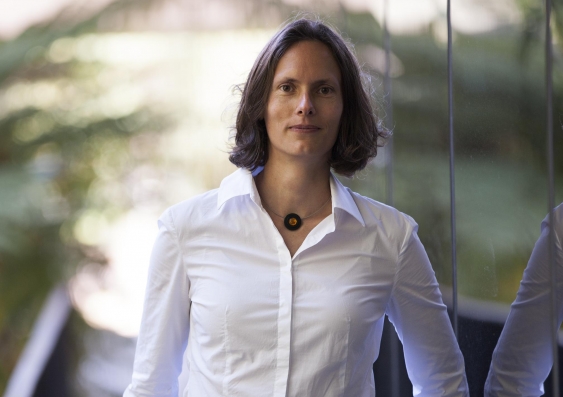 UNSW has won four of 20 prestigious awards given to the country’s top health and medical researchers. The haul includes a particularly strong performance by female researchers.

The National Health and Medical Research Council is acknowledging the recipients of its Research Excellence Awards at a ceremony in Canberra tonight, with the prizes being presented by Federal Minister for Health Peter Dutton.

Among the recipients are UNSW respiratory physician Professor Guy Marks, who was the top ranked Research Fellow for 2013 based on peer review. Epidemiologist Dr Bette Liu has been recognised for having the highest ranked Career Development Fellowship (Population Health, Level 1) during the same period, based on the same criteria.

UNSW has also received the lion’s share of awards recognising the nation’s top female scientists. Two of the three Elizabeth Blackburn Fellowships have gone to UNSW researchers, with Professor Katharina Gaus winning the biomedical category and Professor Lisa Maher, from UNSW's Kirby Institute for infection and immunity, taking out the public health category.

Professor Gaus was ranked the top female researcher in the research fellowship scheme in her category by peer review for her work using super-resolution microscopes to image molecular signalling in live T-cells, zooming down to a resolution 700 times smaller than a red blood cell.

She is working to distil a set of “universal rules” governing molecular behaviour that determine whether the cells switch on or off, with profound implications for autoimmune diseases, cancers and even obesity.

“To understand how molecules behave and how cells use those behaviours to make life and death decisions -- this is not just a road less travelled, it’s a road not travelled at all in terms of scientific discovery,” Professor Gaus says.

Professor Maher was ranked the top female researcher in the research fellowship scheme in the public health category by peer review for her work on designing and testing new approaches to preventing infectious diseases, such as HIV and hepatitis C, in vulnerable populations.

“It gives me great pleasure to congratulate the UNSW recipients of these NHMRC Excellence Awards,” says the Dean of UNSW Medicine, Professor Peter Smith. “Not only are they being recognised officially by our leading funding body, it is based on peer review – the ultimate accolade.”

Twenty-five years of measuring the health of marginalised, resilient communities who inject drugs