A mental health app for teenagers, a school-based program to prevent substance abuse, and treatments for traumatised refugees are among UNSW projects that will share in more than $8 million in NHMRC funding. 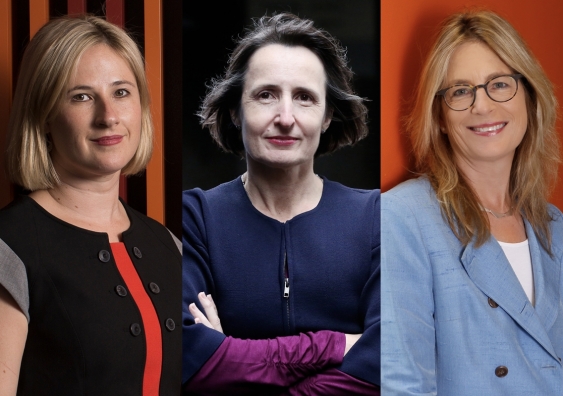 A mental health app for teenagers, a school-based program to prevent substance abuse, and treatments for traumatised refugees are some of the UNSW projects that will share in more than $8 million in NHMRC funding.

In his latest funding announcement, Minister for Health Greg Hunt committed more than $53 million in NHMRC grants for 47 projects across Australia on medical and scientific research into better treatments, prevention and care for people facing mental health challenges.

UNSW Medicine’s Scientia Professor Helen Christensen, Director of the Black Dog Institute, will receive $2.18 million to study the use of smartphones to better understand and prevent the onset of mental health problems.

The Future Proofing trial will involve 20,000 teenagers and test whether mental health apps can effectively inoculate Year 7 students from developing depression after 12 months. The study will also examine over the longer term whether cognitive behaviour therapy-based apps can reduce symptoms of anxiety, eating disorders, suicide risk and psychotic symptoms.

UNSW Medicine’s Professor Maree Teesson will receive $1.47 million for the Healthy, Wealthy and Wise project to develop a school-based program to prevent substance abuse, anxiety and depression during the critical transition period from adolescence to young adulthood.

Professor Teeson, Director of the NHMRC Centre of Research Excellence in Mental Health and Substance Abuse, will receive an additional $1.19 million for the Australian Longitudinal Study of Heroin Dependence – an 18- to 20-year-long prospective study of mortality, abstinence and psychiatric and physical health comorbidity in drug takers.

Other major grants went to Dr Angela Nickerson of UNSW Science and Professor David Peiris of The George Institute for Global Health.

Dr Nickerson, of the School of Psychology, will receive $1 million for research on treatments for Post-traumatic Stress Disorder in traumatised refugees. Professor Peiris will receive $1.96 million for an international collaboration aimed at improving the treatment of mental health issues in India.

Associate Professor Melissa Green of UNSW Medicine will receive $819,480 for a study of schizotypy in the general population.

Professor Gavan McNally of UNSW Science will receive $559,428 for a study of the brain mechanisms involved in learned safety

Scientia Professor Bernard Balleine of UNSW Science will receive $508,371 for a study on the role of the orbitofrontal cortex in disorders of response inhibition.

Living with a phobia? One longer session of exposure therapy could help