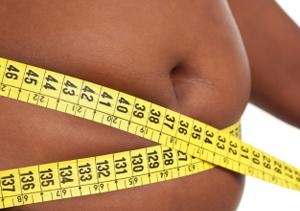 Patients who have radical bariatric surgery may have greater long-term bone loss, Garvan Institute of Medical Research endocrinologists say in a review of literature in the journal Obesity Reviews.

Bariatric surgery, which significantly curtails the amount of food a person can eat, is being recognised as a potentially valuable tool in curbing diabetes related to obesity and is an increasingly popular procedure.

But some types of bariatric surgery may also cause bone loss, a cause for concern, particularly when carried out on young people who have not yet reached their peak bone mass, say the Garvan Institute researchers.

The most invasive of the procedures – Roux-en-Y gastric bypass surgery – involves removal of much of the stomach and bypass of the small bowel. Less radical is the ‘gastric sleeve’, which involves removing a large part of the stomach, leaving a narrowed smaller stomach, restricting food intake and speeding the passage of food to the gut. The least invasive is the ‘gastric band’, an inflatable ring placed between the oesophagus and stomach, making it possible to eat only small amounts of food slowly.

“Even though we don’t yet understand all the mechanisms, we can see that the more radical the procedure, the greater the bone loss long-term,” says Dr Brzozowska.

Associate Professor Center says they are not against bariatric surgery but ask doctors and patients to take bone health into account.

The full media release can be viewed here.

A different dimension in cancer research