Children and teens who are given alcohol by their parents are twice as likely to be drinking full serves of alcohol by age 15 or 16 but are less likely to binge drink, a UNSW study has found. 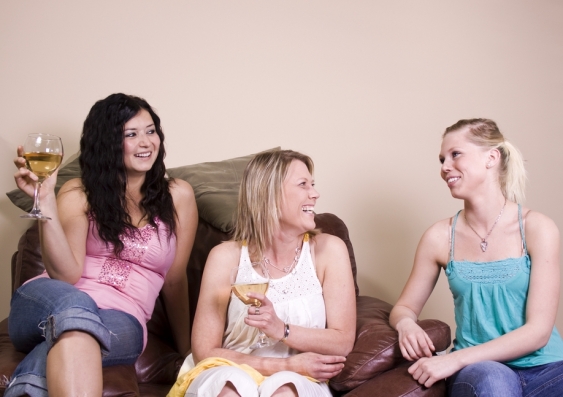 Lead author of the study published today in the British Journal Psychological Medicine, UNSW Professor Richard Mattick, a Principal NHMRC Research Fellow at the National Drug and Alcohol Research Centre, said the study was prompted by widespread interest in the "European model" of introducing children to alcohol, whereby children are offered sips of alcohol by their parents from a young age, a practice some people believe to be protective of later harmful drinking.

“There is a body of research indicating that the adolescent brain is still developing well into the early 20s and alcohol may interfere with optimum development,” Professor Mattick said. “But also we know that parents want to do the right thing by their children and there has been anecdotal evidence that children introduced to alcohol by their parents, as is common in some European cultures, may be less likely to develop problems with alcohol.

“Unfortunately, there are very few well-designed studies out there that can offer definitive advice to parents; our study was designed to address this gap."

Professor Mattick and colleagues from universities in Perth and Tasmania recruited 1,927 adolescents from schools in Sydney, Perth and Tasmania and followed them over a four-year period from Year 7, measuring their consumption of whole drinks, their binge drinking (more than four drinks on any occasion) and the source of alcohol supply – parent, peers or other adults. One parent of each child was also surveyed annually as part of the study, with the questionnaires being sent separately to avoid bias.

A number of other factors that earlier studies have found are associated with adolescent drinking (such as family alcohol use, family structure, family conflict and individual personality traits such as anxiety, negative thinking and aggressive behaviours) were taken into account in the analysis of the results. 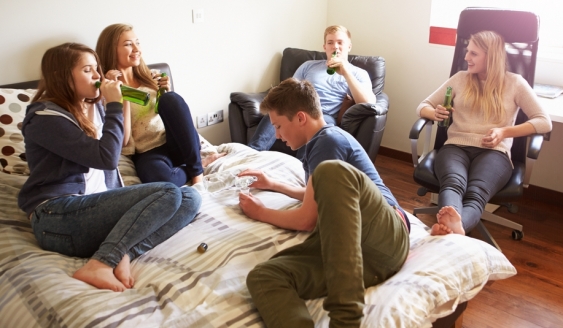 The study found that children who obtained alcohol from sources other than their parents were three times more likely to binge drink. Photo: Shutterstock

But the major and surprising difference between those who received alcohol from their parents and those who got it themselves from other sources was the quantity of alcohol consumed and the frequency of harmful binge drinking, defined as consuming more than four drinks on a single occasion. Those children who got alcohol from sources other than their parents were three times more likely to binge drink. As well as being less likely to binge, the adolescents given alcohol by their parents also typically drank less on any drinking occasion than those supplied by their peers or others.

The personality traits of the child also impacted on how influential parental supply was to future drinking patterns. Those children who show personality traits such as aggression and truanting were likely to obtain alcohol whether their parents supplied it or not. The study also found that certain family and peer factors reduced the odds of drinking, such as parental monitoring, consistent parenting, being religious and peer disapproval of drinking and smoking. Children were more likely to drink and to binge drink when their peers drank and when they displayed behaviours such as aggression.

The results suggest that parents who supply alcohol, even with the best intentions, are likely to accelerate their child’s drinking and be laying down the potential for future harms.

Professor Mattick said the results painted a nuanced and complex picture for parents. “On the one hand parents who supply alcohol to their children may be relieved that they are significantly less likely to engage in harmful behaviour, such as binge drinking, compared with those who obtain alcohol from other sources, probably as they are drinking more in front of their parents, so drink less on a given occasion,” he said.

“There may be later harms that are not yet obvious, and we are aware that early initiation of drinking is strongly associated with later alcohol use problems in adulthood – delay is the best strategy.”

Professor Mattick cautioned that follow-up work on patterns of use into later adolescence and early adulthood still needed to be completed as the published research on these children had only been up to Year 10.

He also cautioned parents against assuming that because parental supply is likely to reduce binge drinking that they are protecting their children by supplying alcohol.

“Because of the effects of early alcohol consumption on the developing adolescent, and the risk of other unwanted outcomes (trauma, accident, fights, unwanted sexual activity), the message to parents should be to delay drinking as long as possible. They may also be giving a permissive message to children which may be setting them on a path to early drinking that might otherwise be avoided.”

However, he added that the possible protective effects on binge drinking were important and needed to be explored further. “There is certainly the possibility that if you are certain your children’s peers are drinking, that they have sources of supply and that they have personality traits such as aggression, then by supplying alcohol you may be protecting them from harmful heavy drinking," Professor Mattick said.

“However, if your children’s peers do not drink yet they have personality traits such as anxiety, worrying and negative thinking then you are likely to be setting them on a path to drinking and potential future harms.“