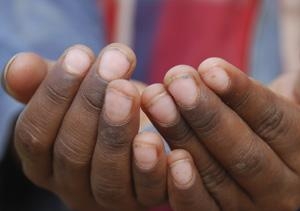 OPINION: In 2012, few Australian women will die in childbirth and most infants will live beyond five years. While we recognise gender inequality still exists here, girls will go to school, will be literate and will have their choice of career and intimate partner. Australians have enough to eat and most of us will live into our 80s and have access to good health care.

But this is far from the reality for many of the world’s people. While the Millennium Development Goals Report 2012 shows progress towards a healthier world has been made, it is very slow. And progress tends to bypass those who are on the lowest rung of the economic ladder.

There are still achingly difficult health problems in the world, such as:

The developing world continues to struggle with a disproportionate incidence of malaria, tuberculosis, and dengue fever, as well as the resurgence of cholera, polio, and smallpox. Climate change poses health challenges for developing countries, which are also too under-resourced to respond. Many face both a scarcity and excess of water, heatwaves, and changing temperatures and patterns of rainfall affecting malaria and dengue fever.

Let’s take our own government. In 2007, the Australian government made a commitment to increase official development assistance to 0.5% of gross national income (GNI) by 2015–16. This has become Coalition policy as well so it’s a bipartisan commitment. But this promise has been broken by delaying the scale-up by one year to 2016-17. And this has happened even though Australia is one of the wealthiest countries in the world living in the wealthiest point in world history – and in the middle of a mining boom.

The UN Secretary-General, Ban Ki-moon, has just appointed Prime Minister Julia Gillard as co-chair of the body set up to accelerate progress on the Millennium Development Goals in the years before 2015. Gillard needs to understand that it’s hypocritical to take on this role while stalling on her commitment to have 0.5% of GNI devoted to development aid.

But the global health crisis is not just one of financing – it’s also about leadership and accountability. Political leaders have abdicated their responsibility to confront the underlying structural factors impeding progress in global health. And we need to make global leaders accountable in order to address this.

The US government, for instance, wants to radically expand pharmaceutical company monopolies through the Trans Pacific Partnership Agreement. This agreement will severely limit generic competition on life-saving drugs by expanding how long patents last for. And it would limit the application of flexibilities introduced in the Doha Declaration, which give countries ways to access generics for public health needs. If the agreement is successful, it will lead to later market entry for generic medicines, and artificially high drug prices.

Many lowest-income countries will not meet the Millennium Development Goal targets. This is, in part, because of the failure to reach the world’s most vulnerable populations. Progress toward the goals often mask increasing inequalities within countries. And there are concerns that dramatic gains, such as the survival of people living with HIV or the reductions in malaria or measles mortality, cannot be sustained.

One of the reasons for the continued failure of the international community to make more headway on the health-related Millennium Development Goals is a reflection of its continued reluctance to place human rights at the heart of development policies.

The emerging debate on what should replace the goals beyond 2015 presents a crucial opportunity to advance a more transformative approach to the global eradication of poverty, ill-health and death. This approach should be guided by human rights principles. The new framework must focus on tackling inequality, reinforcing social protection, and preventing inequitable resource allocations that fuel these disparities.

Associate Professor Heather Worth is a researcher at UNSW's International HIV Research Group in the School of Public Health and Community Medicine.