Opinion The global HIV epidemic: how to do more with less

Australia has long been seen as a world leader in HIV prevention, treatment and care, yet our academic sector has been underutilised when it comes to the delivery of international health aid, write David Cooper and John Kaldor. 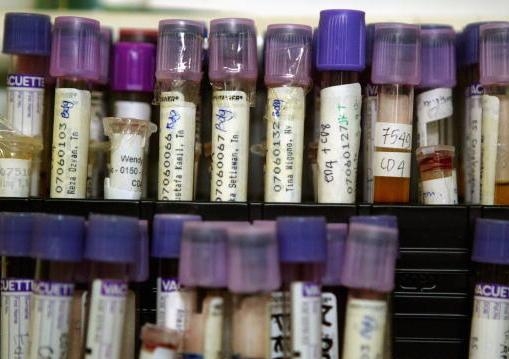 OPINION: In announcing Australia’s new “aid paradigm”, Foreign Minister Julie Bishop has challenged us to help our neighbours by doing more and more effectively, at a lower cost.

Those of us who work in global public health are familiar with this imperative because need massively exceeds resources across many disease areas and will do so for many years.

HIV has been a particular challenge for the world. It has killed more people than any other infection but it has also generated exemplary and unprecedented partnerships between rich and poor countries.

There are an estimated 36 million people living with HIV. By 2012, however, only 9.7 million people had access to antiretroviral therapies (ARTs). The massive, ongoing, global rollout of ARTs is not just critical to saving lives but also to ensuring we have a chance to achieve “treatment as prevention”. This means suppressing the virus, through ARTs, to a point where it is virtually impossible to transmit, even if the person with HIV is not “cured”.

Australia has long been seen as a world leader in all aspects of HIV prevention, treatment and care. Much of our scientific and public health policy expertise has been developed within our public universities, teaching hospitals and research institutes, yet our academic sector has been underutilised when it comes to the delivery of international health aid and helping to improve the processes involved.

This is because our model for supporting HIV programs overseas has largely depended on contracting private, for-profit consultancy companies. This limits access to expertise and ignores the transformative role our public universities and research institutes could play. Equally, aid funding has not, for the most part, been directed towards academics and researchers working on the ground in our partner countries. This has reduced their ability to play a central role in policy development and program delivery in their home nations. With a new “aid paradigm” this could, and should, change.

One precedent to consider is the world’s largest ever public health initiative, the US’s $15 billion PEPFAR (President’s Emergency Plan for AIDS Relief), which was initiated more than a decade ago. One of PEPFAR’s main strategies, considered innovative at the time, was to fund partnerships between American universities and research institutes, and those in developing countries. PEPFAR’s achievements have been outstanding. The Harvard School of Public Health, for example, received a government grant of $362m (the largest in Harvard’s history) to work in Nigeria, Botswana and Tanzania training local health care workers, establishing clinics and labs, and developing monitoring and evaluation systems. This approach not only delivered health aid effectively – reaching 160,000 people with HIV drugs – but also transferred skills and capacity so that the leadership of programs could transition effectively to local organisations.

At the same time, the wealth of insights gained by Harvard and other PEPFAR-funded academics has become part of our global bank of knowledge about how to fight the HIV epidemic. By 2012, PEPFAR had managed to provide 5.1 million adults and children with access to ARTs and 49 million people with the opportunity to be tested and counselled. It’s an extraordinary achievement. This model differs greatly from our traditional approach to aid in that we are helping to build the academic leadership in partner countries and, compared to the old consultant-driven model, this improves the likelihood of long-term success.

At the UNSW-based Kirby Institute we are involved in a new project, supported by the Department of Foreign Affairs and Trade, that is based on this new, more effective model. It brings together university partners in Australia and Indonesia. We will work with three respected Indonesian universities to roll out grassroots “test and treat” programs to improve HIV treatment uptake among vulnerable populations.

When the International AIDs Congress convenes in Melbourne this weekend, Australia’s academic and research sector will be well represented among the ranks of the world’s experts in every aspect of HIV prevention, treatment and management. The Congress represents an ideal opportunity for Australia’s development policymakers and professionals to consider how our academic sector is contributing to global public health worldwide.

Australia’s academic sector represents a wealth of expertise that can simultaneously be leveraged to advance the new “aid paradigm” and to bolster Australia’s standing as an innovator in global health aid.

Professor David Cooper and Professor John Kaldor are from the Kirby Institute at UNSW.