An analysis published in the lead up to World AIDS Day reveals that HIV is ‘virally suppressed’ in only 59 per cent of children and adolescents on treatment. 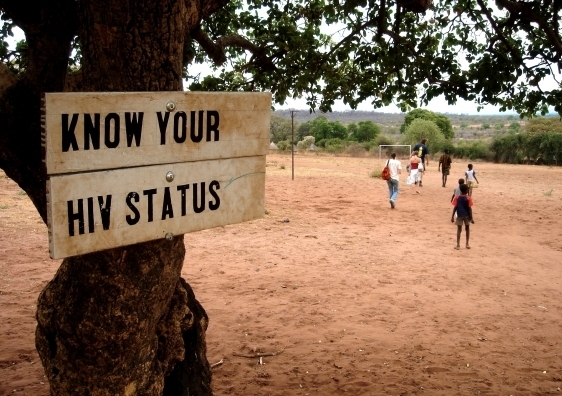 We cannot end AIDS without addressing the inequalities that exist between paediatric and adult HIV programs, the researchers say. Photo: Jon Rawlinson (CC BY 2.0)

Globally, fewer than two thirds of children living with HIV who are taking treatment are ‘virally suppressed’, according to new research from UNSW Sydney’s Kirby Institute and the global IeDEA consortium, published today in The Lancet HIV.

Viral suppression for HIV means that treatments are working effectively to protect health and prevent the transmission of HIV to others. UNAIDS has set a target of achieving 95 per cent viral suppression among all people living with HIV on treatment by 2030.

“We estimate viral suppression one, two and three years after people start taking antiviral treatment, so that we can understand how well the treatments are working over time,” says Professor Matthew Law from the Kirby Institute.

Dr Azar Kariminia from the Kirby Institute, who is senior author on the study, says children and adolescents face unique barriers to achieving viral suppression. “It can be challenging for them to take treatment regularly, and children rely on caregivers who are often having to manage their own medical needs. There are also a range of factors that stem from stigma and discrimination, including a fear of disclosing the child’s HIV status.”

This study is part of a major research collaboration called IeDEA, the International Epidemiology Databases to Evaluate AIDS, which draws together HIV epidemiological data and expertise across seven regions: North America; the Caribbean and Central and South America; Central, East, Southern and Western Africa; and the Asia-Pacific. The Kirby Institute co-leads IeDEA Asia-Pacific with the Foundation for AIDS Research’s (amfAR) TREAT Asia program. IeDEA is funded by the United States National Institutes of Health.

Dr Annette Sohn, from amfAR’s TREAT Asia program, is Co Principal Investigator for IeDEA Asia-Pacific (along with Prof. Law). She says that “while there has been substantial progress in the global response to HIV, the needs of children and adolescents often fall behind those of adults. Our efforts must extend beyond ensuring access to paediatric medicines to address the social and developmental challenges they face in growing up with HIV if we are to achieve the WHO targets by 2030.”

The need for global scale up of viral load testing

Viral load testing is essential to find out whether HIV treatments are working effectively. It is recommended by WHO at six and 12 months following the initiation of treatment, and then every 12 months thereafter.

Funded through the Australian Government’s Department of Foreign Affairs and Trade’s Centre for Health Security, the Kirby Institute and the Papua New Guinea Institute of Medical Research (PNGIMR) are partnering with the PNG government and a consortium of partners are implementing a program called ‘ACT-UP PNG’ which will scale up HIV viral load testing in two provinces where HIV rates are very high.

“Our work is ensuring that infants and children are afforded the same access to testing and treatment as other people with HIV,” says Dr Janet Gare from the PNGIMR and a Co-Principal Investigator on ACT-UP-PNG.

“This brings HIV viral load testing closer to patients, which currently includes children aged 10 and older, and adolescents,” says Dr Gare. “However, we are also pioneering the implementation of a diagnostic platform that will allow the same access to timely HIV viral load testing and results for infants six to eight weeks of age, and children up to nine years, who are currently unable to be included in point-of-care methods.”

Scientia Associate Professor Angela Kelly-Hanku, who holds joint appointments with the Kirby Institute and PNGIMR, says that leveraging these technologies will make it easier to test for viral suppression in infants and children.

“We cannot end AIDS without addressing the inequalities that exist between paediatric and adult HIV programs. Projects like ACT-UP make a real difference and bring us closer to achieving the UNAIDS targets.”