Unlike plagues of the past, which have often been equalisers, indiscriminately killing nobility and working class, young and old, this modern plague kills very differently, write Michael Kirby and Mark Dybul. 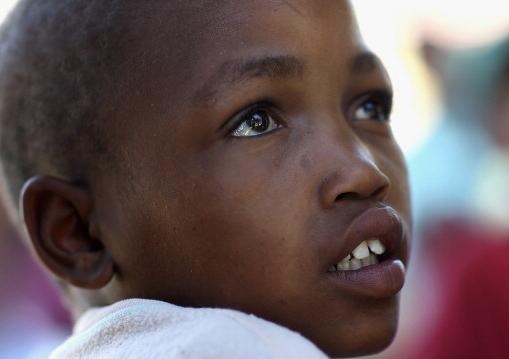 Thinkstock | Sentebale Charity for children with HIV/AIDS in Lesotho

OPINION: Next week, thousands of people from all over the world will convene in Melbourne to evaluate the global response to HIV/AIDS, and to focus on discrimination. Unlike plagues of the past, which have often been equalisers, indiscriminately killing nobility and working class, young and old, this modern plague kills very discriminatingly. In fact, it feeds on discrimination.

There has been remarkable progress in turning back the tide of HIV/AIDS. Between 2001 and 2012, 26 countries – 16 in Sub-Saharan Africa – have reduced new infections by more than 50 per cent. Because of early mobilisation by persons living with HIV and those who loved them, often withstanding severe stigma, hatred and discrimination, several countries, including Australia, contained the epidemic early on.

Life-saving anti-retroviral treatment is available to nearly all who need it in high-income countries, and access in low- and middle-income countries has increased from tens of thousands in 2002 to nearly 10 million in 2013. But too many are being left behind. There were more than 2 million new HIV infections in 2013 and nearly as many deaths. The challenge to us is not just the number of people left behind; it is who they are and why they are left behind.

In sub-Saharan Africa, home to two-thirds of people living with HIV, adolescent girls and young women are up to five times more likely to acquire HIV as young men. HIV remains the leading cause of death of women of reproductive age in low- and middle-income countries. Gender-based violence, inequality and lack of legal protection fuels the spread of this plague among this highly vulnerable group.

Other vulnerable groups include those often marginalised and discriminated against in societies. Men who have sex with men, transgender people, sex workers, people who inject drugs, prisoners, migratory workers, are being left behind. In parts of Latin America, Eastern Europe, Asia and Africa, HIV rates in these groups can be as high as 30 to 50 per cent, while it is mostly contained in the general population. Stigma and discrimination is a root cause of this inequality.

In many countries, laws, rather than providing justice, criminalise and drive people away from preventive and life-saving programs. The police, rather than providing protection, often brutally beat and abuse those most in need of care. HIV is pushed into the dark corners of society, and the people living there are afraid to come out.

Those of us who went through the early days of HIV in places like Australia and the United States can remember what that was like. Fortunately, in many countries, laws and cultural acceptance are changing. Where there are bold and courageous leaders, the laws changed before cultural norms. In other places, the people have led the politicians. But we cannot be smug and feel superior. Stigma and discrimination are receding, but haters remain. And, sadly, rates of HIV are on the rise despite legal reform and societal change.

Similar, shocking statistics are found in major cities throughout Europe and the United States. Change in laws and culture are necessary to bring people out of the dark corners of society. But that is not sufficient. We have grown complacent, lost a sense of urgency, and are, again, leaving too many behind. The prevention programs today have not changed much in a decade or more. We must wake up, step up, innovate and empower young people to design and implement programs that will protect their friends and their communities.

Nobel Laureates, leading scientists, high-level government officials and international organisations will join the International AIDS Conference (July 20-25). Scientific advances and the massive investments of the past decade have provided the tools to defeat the HIV epidemic, to convert it to low levels so it is no longer a threat to public health. But those tools must reach the vulnerable to be useful.

The most important participants in the conference will be people living with HIV and people from communities bearing the brunt of the epidemic who often endure inhuman stigma and discrimination to serve others. As they did in the early days in many places, they are leading the way. The arc of history is on their side. But time is not. Science has given this generation the historic opportunity to defeat the modern plague. But science alone will not achieve that audacious goal.

To defeat the modern-day plague, we must overcome discrimination in laws, in practice and in our hearts. We must grasp another historic opportunity: to become better people and societies built on the firm foundation of an inclusive human family – our natural family. That requires every person in every country to take responsibility for every one of our sisters and brothers. Nelson Mandela famously said no one is born hating another person. Now is the time to prove he was right.

Michael Kirby is patron of UNSW's Kirby Institute and former Justice of the High Court of Australia. Dr Mark Dybul is Executive Director of the Global Fund to Fight AIDS, Tuberculosis and Malaria.