Australia’s annual report card on STIs and blood-borne viruses finds that gonorrhoea has increased by 63% over the past five years. 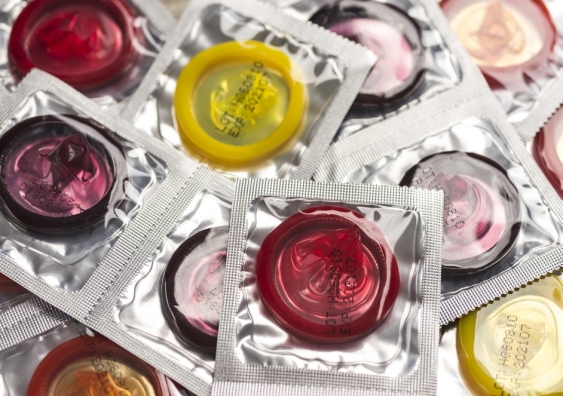 Gonorrhoea and syphilis diagnoses are increasing in Australia, HIV is stable, and more than 30,000 Australians have been cured of hepatitis C, according to the latest Annual Surveillance Report on HIV, viral hepatitis and sexually transmissible infections (STIs) in Australia, released today by the Kirby Institute at UNSW Sydney.

The latest data shows that gonorrhoea has increased by 63% over the past five years, with particular rises among young heterosexual people in major cities.

“Up until recently, gonorrhoea had been uncommon in young heterosexual people living in major cities. Rising rates in this group highlight the need for initiatives to raise awareness among clinicians and young people about the importance of testing,” said Associate Professor Rebecca Guy, head of the Surveillance, Evaluation and Research Program at the Kirby Institute. “With the national strategies for HIV, hepatitis and STIs up for review, reducing STIs in young people will be an important target.”

Among Aboriginal and Torres Strait Islander peoples, chlamydia and gonorrhoea rates were three and seven times higher than in the non-Indigenous population and the gaps were greater in regional and remote areas. Since 2011, there has been a resurgence of infectious syphilis among young Aboriginal and Torres Strait Islander people living in regional and remote areas of Northern Australia.

HIV diagnoses stable for fifth year in a row
The report shows that HIV diagnoses have remained stable in Australia for the past five years, with 1,013 new diagnoses in 2016.

Associate Professor Guy said these results are due to high levels of testing and treatment in Australia. “We’re seeing increased uptake of HIV testing, particularly among gay and bisexual men, who are the population most affected by HIV in Australia,” said Associate Professor Guy. “It is also encouraging that 86% of people diagnosed with HIV were on treatment in 2016.”

“For HIV to decline nationally, we must focus on a combination of prevention strategies, including enhancing our testing and treatment efforts, making HIV self-testing available and ensuring equitable access to pre-exposure prophylaxis (PrEP) across Australia,” said Associate Professor Guy. PrEP is a treatment which prevents people at risk from acquiring HIV, but is currently only accessible through clinical trials.

“A recent announcement from NSW Health shows early evidence of the impact of this combination of strategies, with a 31% reduction in new HIV diagnoses in gay and bisexual men in the first half of 2017 compared to the previous five years, the lowest count on record,” said Associate Professor Guy.

In contrast, the report indicates that HIV diagnoses among Aboriginal and Torres Strait Islander people have increased by 39% since 2012, with a greater proportion of diagnoses due to injecting drug use and heterosexual sex, compared to non-Indigenous populations.

Associate Professor Ward said that this disparity highlights the need for culturally relevant HIV prevention programs for Aboriginal people. “We need enhanced community education, targeted testing and treatment initiatives – including access to PrEP, and greater access to sterile needle and syringes, and drug dependence treatment for people who inject drugs.”

Some good news on hepatitis, but more work to be done
Between March and December 2016, an estimated 30,434 people have been cured of hepatitis C due to the availability of new direct acting antiviral therapy for hepatitis C.
“The new therapies have been game-changing for hepatitis C in Australia”, said Associate Professor Jason Grebely from the Viral Hepatitis Clinical Research Program at the Kirby Institute.

“Our estimates indicate that the number of people with hepatitis C who have advanced liver disease has fallen for the first time in 10 years. This is excellent news, but to achieve hepatitis C elimination in Australia we must sustain our efforts to ensure all people living with hepatitis C are tested and have access to these cures.”

The report also shows that over the past five years hepatitis B diagnoses have declined by 27% in people aged less than 25 years, reflecting the impact of the infant and adolescent vaccination programs. However, only 63% of the estimated 230,000 people living with chronic hepatitis B in Australia by the end of 2016 were diagnosed. Of those, only 27% were having appropriate clinical monitoring tests for their infection.

“The significant gaps in diagnosis and care highlight the need for better strategies to reach people living with hepatitis B in Australia,” says Associate Professor Ben Cowie, director of the WHO Collaborating Centre for Viral Hepatitis, Doherty Institute.