The latest instalment of Australia’s annual report card on HIV, hepatitis and sexually transmissible infections has been released this morning. Here’s what UNSW experts who work in these areas make of the results. 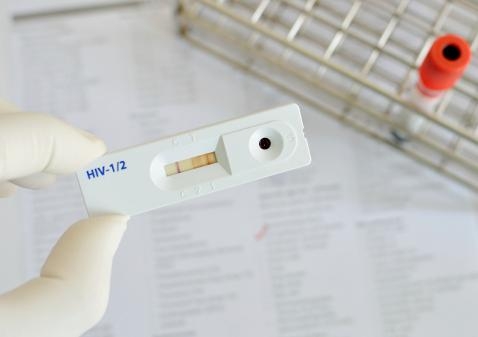 These’s strong evidence that combination antiretroviral therapy (cART) reduces HIV transmission to an uninfected partner by as much as 96%. Early initiation of cART is now recommended as it also benefits the health outcomes of people with HIV.

There’s now a real possibility of reducing new HIV infections through a combination of established and new HIV prevention tools.

Chlamydia remains the most frequently reported notifiable sexually transmissible infection in Australia with 86,136 diagnoses in 2014. The majority (78%) of cases occurred among 15- to 29-year-olds.

Increases in testing – 91% in the past seven years – likely account for the steady increases in chlamydia diagnoses. But the vast majority of infections (76%) remain undiagnosed and hence untreated. This emphasises the need for testing to be routinely offered to sexually active adolescents, young adults and other at-risk populations.

New gonorrhoea infections have been detected more frequently in the past five years, with 15,786 cases notified in 2014. Gonorrhoea in Australia continues to be an infection primarily of men who have sex with men, and of young Aboriginal people living in remote areas of Australia. The rate of diagnosis of gonorrhoea in the Aboriginal population was 18 times that in the non‑Indigenous population.

Increased testing for this infection may explain much of this increase in gonorrhoea diagnoses, but whether transmission itself has increased remains unclear. Over the past five years, most pathology laboratories in Australia have adopted dual testing, whereby if a clinician orders a test for either chlamydia or gonorrhoea, both tests are automatically performed.

The emphasis on testing for chlamydia in young people has therefore led to a substantial rise in the number of tests conducted for gonorrhoea. That may explain the increase in diagnoses.

The hepatitis C epidemic in Australia has reached a crucial crossroads. The age of people with chronic hepatitis C means that thousands of Australians each year are now progressing to advanced liver disease, with a risk of liver failure, primary liver cancer and liver-related death.

Current interferon-containing hepatitis C treatments have had minimal impact on the rising burden of hepatitis C-related liver disease. This is due to low uptake rates and sub-optimal response rates. The advent of interferon-free hepatitis C treatments, with simple delivery (some are one pill per day for 12 weeks), minimal side effects and high cure rates (above 90%), provides one of the greatest advances in clinical medicine in recent decades.

The listing of these drugs would increase treatment rates several-fold and turn around the enormous and rising burden of hepatitis C liver disease in Australia. Australia has the potential to be an international leader in its response to hepatitis C, if these treatments are made broadly available.

Syphilis is a less common sexually transmissible infection compared with chlamydia and gonorrhoea. It continues to be an infection primarily of men who have sex with men and of young Aboriginal people. At 1,999 cases in 2014, the number of syphilis notifications has reached its highest level since recording began in 2004. The vast majority (92%) of cases are among men.

There were 235 infectious syphilis diagnoses in Aboriginal and Torres Strait Islander people in 2014. A roughly equal number of diagnoses among males and females indicates predominantly heterosexual transmission. About half (46%) resided in remote or very remote areas and 38% in outer regional areas. Notifications of congenital syphilis declined from 16 in 2005 to three in 2009, then increased to five in 2014.

Efforts to increase syphilis testing and treatment in men who have sex with men need to be strengthened. The resurgence of infection in young Aboriginal people in remote communities after years of declining rates, bringing with it cases of congenital syphilis, emphasises the need for testing and treatment in this population, particularly in antenatal settings so we can prevent more cases of congenital syphilis.

John de Wit is a Professor and Director of the Centre for Social Research in Health at UNSW.

Rebecca Guy is an Associate Professor of Epidemiology & Program Head of Surveillance Evaluation and Research at UNSW.

Skye McGregor is an epidemiologist at The Kirby Institute at UNSW.