Good news for allergy and asthma sufferers: a new way to predict the presence of different types of grass pollen will help create a more sophisticated forecast. 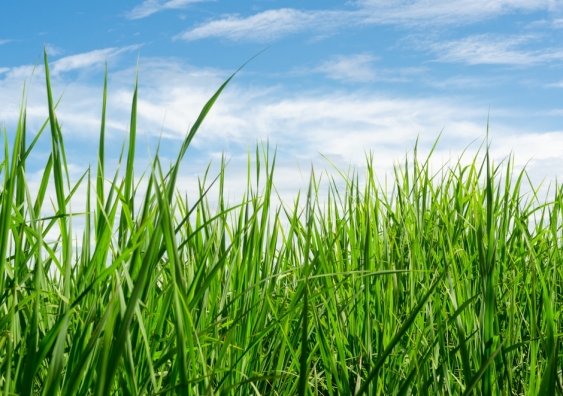 Tracking pollen with plant DNA methods could be used to predict when different types of grass pollen are released into the air. Photo: Shutterstock

UNSW scientists in collaboration with a large team of UK researchers – the PollerGEN collaboration – have laid the groundwork for a more accurate grass pollen forecast. Currently, grass pollen is usually counted as a single entity, and forecasts therefore lump different species of grass into one. This makes it difficult for people affected by allergies and asthma to know how and when to manage their condition.

A new study, published today in Nature Ecology and Evolution, shows how this might change in the future, thanks to research that tracks pollen with plant DNA methods – which is internationally ground-breaking, as this technology has not been used in this approach before.

Even though the current study looked at grass in the UK, the researchers would expect similar findings in Australia, as many of the agriculturally important grasses are imported from the UK and US.

“Grass pollen is the world’s most harmful outdoor aeroallergen and sensitivity varies between species,” explains Dr Nick Osborne, co-author on the study and Associate Professor at the School of Public Health and Community Medicine at UNSW.

“Different species of grass flower at different times throughout summer – some have a relatively short period of time when they are releasing pollen. Up until now, we didn’t know how airborne communities of grass pollen change in time and space.”

In this study, the researchers measured the presence of grass pollen in the air using the DNA of the pollen.

“This is a great advance in the area – no one has previously used environmental DNA to examine this problem.”

This research has confirmed what the researchers already expected – that different species of grass release pollen at different times. They also found that all grass types had specific incidence peaks of pollen, and varied depending on location, with areas further from the equator having pollen released later.

“That tells us that that grass pollen exposure changes substantially across the allergy season. With the advent of personalised medicine, more and more people are becoming aware of which allergen is responsible for their allergy,” Dr Osborne says.

“Thanks to this method, we may be able to better predict when allergenic pollen is present, and allow people affected by asthma, COPD and rhinitis to more effectively manage their condition.”

“People who fail to manage their asthma are at greater risk of asthma attack and being forced to visit emergency departments in hospitals. Having a better forecast of when a patient is at risk will allow people to better manage their disease,” Dr Osborne added.

The researchers now want to develop more refined aeroallergen profiling, and hope that these latest findings will help them explore the link between exposure of harmful grass pollen and disease.

“We hope to use this data to examine if particular grass species are more allergenic than others.  We are currently doing this by examining hospital and GP records in the UK and seeing if demand for these services involving asthma and rhinitis correlates with presence of one grass species over another.

“For example, ryegrass has been touted as the cause of thunderstorm asthma in Australia, as it occurred in Melbourne in 2016.

“Eventually we hope this will allow us to produce a better forecast of when and where exposure to pollen occurs – we imagine that that’s about 3-4 years away,” Dr Osborne concludes.