Nominations are open for the 2017 Australian Mental Health Prize, recognising those who have made outstanding contributions to either the promotion of mental health or the prevention and treatment of mental illness. 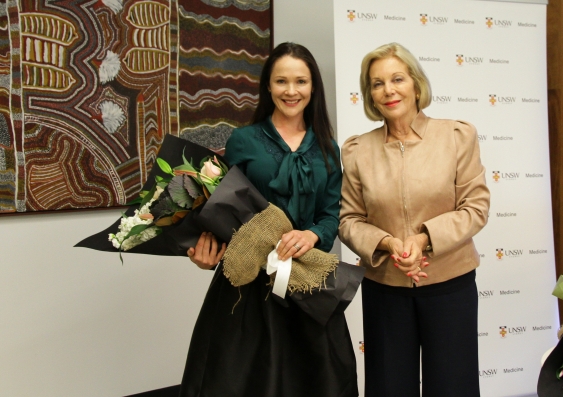 Award-winning Australian soprano and mental health advocate, Greta Bradman, has launched the 2017 Australian Mental Health Prize, seeking nominations to recognise Australians who have made outstanding contributions to either the promotion of mental health or the prevention and treatment of mental illness in areas such as advocacy, research or service.

Ms Bradman, who is a classical singer, radio broadcaster and provisional clinical psychologist, was recently appointed to the Prize Advisory Group.

“I am delighted to join the Australian Mental Health Prize Advisory Group and launch the call for nominations this year. I am very passionate about being part of the conversation around mental health for a number of reasons. I've experienced first-hand how debilitating mental illness can be and I understand personally and professionally that while it can take time to find a treatment plan to suit an individual, effective treatment is out there,” said Ms Bradman.

“I have witnessed the impact of mental health issues on people who work within the performing arts too, an area that until recently has received little to no attention from researchers, let alone tailored interventions or positive psychological tools for supporting good mental health.

“Unfortunately, Australian adults who work within the performing arts sector are twice as likely to attempt suicide and five to seven times more likely to consider suicide than the general population. There are much higher rates of sleep dysfunction, substance use and alcohol intake, greater lifetime mental illness and more symptoms of depression and anxiety too. There are also other areas of the community that are disproportionately represented with mental health problems, including emergency services workers.

“Australia has an opportunity to be a real leader in the area of mental health. There is so much important work underway and so much more to be done including further research, advocacy and service provision towards the treatment and prevention of mental illness, and also towards supporting and promoting positive mental health in the community and in the workplace. These might be community driven, online or grass roots.

“That is why the Australian Mental Health Prize is so important. I strongly encourage people to nominate those making a difference as recognition of people who contribute to the mental health of Australians is critical.”

Professor Philip Mitchell, Head of the UNSW School of Psychiatry, said the University established the Prize to raise awareness on what is working in the field of mental health for the sake of those who are living with the burden of mental illness every day.

“Mental health needs to be treated as a national priority. It is destroying lives and has a profound and enduring impact on families, loved ones and society as a whole.

“The statistics are startling and unacceptable. One in three Australians will experience a mental health issue in their lifetime. Suicide is the biggest killer of young Australians and accounts for the deaths of more young people than car accidents. In fact, Australians are more likely to die by suicide than skin cancer.

“We need to acknowledge those who are doing ground-breaking work in this area. We call upon clinicians, health professionals and the public at large to nominate the people they feel should be recognised for their work,” Professor Mitchell said.

“The number of people with mental illness accessing treatment is half that of people with physical disorders, mainly due to stigma and lack of awareness of treatment options. We urgently need to turn this around so that people feel comfortable seeking help. Access to treatment and early intervention can make a huge difference and save lives.

“We urge people to nominate someone making a significant contribution in this field to be considered for the Prize.”

“The Prize provided me with the opportunity to showcase the pivotal work of mental health nurses and how they improve the health outcomes of Australians with mental health illnesses.”

To enter, nominees must provide a CV and 200 words outlining the work being undertaken and how it is making an impact. Nomination forms can be obtained from: http://australianmentalhealthprize.org.au/

Entries close on August 31, 2017. Six finalists will be chosen with the winner being announced in November.