Join an expert panel at a UNSW public forum to discover just how serious the binge drinking culture is among Generation Y, and what parents and the community can do to reduce the harm. 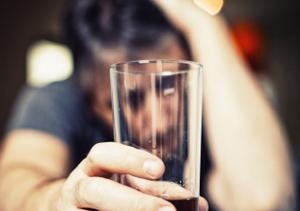 Are young people really drinking more than ever before and what can parents and the community do to reduce the harm?

These are two of the questions to be debated by an expert panel in a public forum at the University of New South Wales this Thursday.

Panellists, led by the National Drug and Alcohol Research Centre’s director Professor Michael Farrell, will look at just how serious the binge drinking culture is among Generation Y and what, if anything, parents and the community can do to intervene.

With young men aged 18-29 drinking at more harmful levels than any other group in the community and young women catching up fast, there is no room for complacency, warns Professor Farrell.

While the good news is that 60 per cent of young people  aged 12-17 do not drink alcohol, the bad news is that people are starting drug and alcohol use at a much younger age, at 14 compared with around 17 in 1995.

“This is a generation that believes they are bulletproof and not vulnerable to the risks of alcohol and other drug use,” says Professor Farrell. “Around two thirds of males aged 18-19 and more than half of young men aged 20-29 put themselves at risk of an alcohol-related injury at least once a month – that’s a wake-up call for all of us.”

Fellow panellist, NDARC’s Professor Maree Teesson, says that in the face of increasing evidence that heavy alcohol use can impact on the developing brain well into the late teens, one of the most powerful interventions that parents can make is to delay introducing alcohol for as long as possible.

“We tend to lose sight of the fact that most young people do not drink,” Professor Teesson says. “We need as a community and as parents to stop normalising use and to empower our young people to develop the skills to resist the enormous pressure on them to start drinking and to drink excessively in the name of fun.”

What: Public Forum “Generation Bulletproof – are we losing our young people to alcohol and drugs?” kicks off the UNSW Alumni Office BrainFood Lecture series for 2012.