Those rare people who never fall ill with AIDS despite being infected with HIV could be a key to developing a vaccine or even a cure, Nobel prize-winning virologist Françoise Barré-Sinoussi will tell a UNSW symposium. 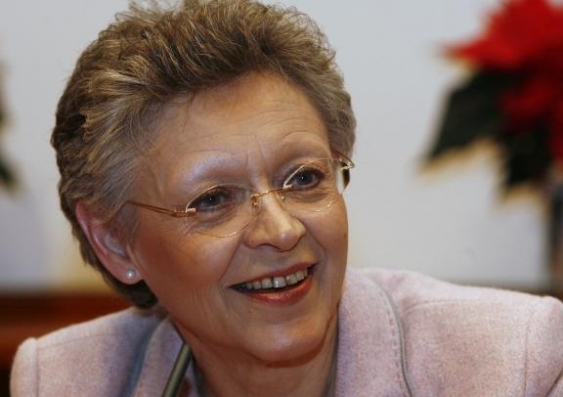 Those rare people who never fall ill with AIDS despite being infected with HIV could be one key to developing an HIV/AIDS vaccine or even a cure, according to French Nobel prize-winning virologist Françoise Barré-Sinoussi.

Professor Barré-Sinoussi, from the Institut Pasteur in Paris, is a keynote speaker at the Global challenges in infectious diseases symposium, hosted by UNSW’s Kirby Institute this week (Thursday 17 July). UNSW will confer on Professor Barré-Sinoussi an Honorary Doctorate of Medicine, honoris causa at the event.

Professor Barré-Sinoussi was the joint winner of the Nobel Prize for Medicine in 2008 for her co-discovery of HIV as the cause of AIDS. She will present a symposium paper titled “How host response to HIV can make the difference”.

Barré-Sinoussi is convinced a functional cure for HIV/AIDS is possible and those people who display innate immunity to HIV infection and resistance to the onset of AIDS may hold one of the keys.

Her lab is currently studying examples of natural immunity in human and non-human primates to understand “the complex interplay between the HIV virus and the key players of innate and adaptive immunity”.

“People infected with HIV who naturally control the virus’ replication and consequently are protected against AIDS represent the first model in humans,” she will tell the symposium.

Another group, comprising 14 patients, has been able to maintain a durable control of HIV replication after being treated with antiretroviral drugs for a limited time very early after the infection.

Non-human primates like the African Green Monkeys are also of interest to Barré-Sinoussi. “These monkeys, highly infected in nature by SIV (the simian form of HIV) are also protected against AIDS,” she says.

The symposium follows the launch of the Kirby Institute’s new facilities on UNSW’s Kensington campus by Minister for Health and Medical Research Jillian Skinner on Wednesday 16 July.

The Kirby Institute at UNSW, one of Australia’s premier research institutes, conducts research into HIV/AIDS, viral hepatitis, blood-borne viruses, and sexually transmissible infections in Australia. Named after former High Court judge Michael Kirby AC, the Institute is led by Scientia Professor David Cooper, who was the first to recognise and describe the initial response of the body to HIV infection and AIDS, and has since been involved in the development of every exsiting antiretroviral drug.

Both Professor Cooper and Mr Kirby will speak at the official opening on Wednesday.

Other symposium highlights include:

The Global Challenge in Infectious Disease symposium is a satellite event of the 20th International AIDS Conference in Melbourne (20-25 July).

For more information go to the Kirby Institute website.