The budget focuses on the way we fund the health system rather than on the way we deliver care. It is unfair and unnecessarily increases hardship for many, writes John Dwyer. 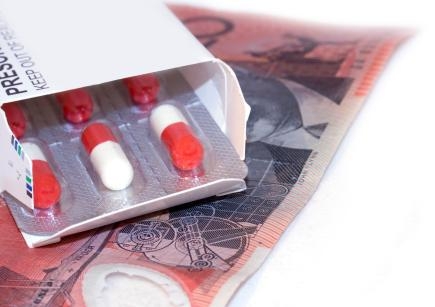 OPINION: Unfortunately, but as anticipated, the government’s budget plans for healthcare have focused on the way we fund our health system. This has resulted in almost universal criticism of the budget initiatives from those of us who have been urging government to concentrate on changing the way we deliver care, rather than revenue generation.

The changes advocated would provide crucial infrastructure needed to address prevention initiatives and improve cost-effectiveness and health outcomes. In so doing we would also be addressing the palpable inequity inherent in our system. This budget will result in Australians paying more for services that no longer meet our contemporary needs. It is unfair and quite unnecessarily increases hardship for many.

Despite rhetoric to the contrary, Medicare (“a visit to the doctor”) has never been free. The $19 billion made available for Medicare this year will be paid for with taxpayers’ dollars and, while the Medicare levy only partly funds the system, most of the additional dollars needed are provided by better-off Australians through our progressive tax system. This is a much fairer than slapping the same co-payment on all Australians who need to see their doctor.

We health professionals know that the $7 co-payment will act as a deterrent to many who should be seeking help, and this includes the working poor. To compound the unfairness, this co-payment will also apply to blood tests and imaging, while prescription medicines are to become more expensive (less affordable). We already pay more for medicines than people in many other OECD countries. The budget is trying to reduce the demand for Medicare services when we really should be encouraging more people to address health issues.

The government apparently fails to understand that inequity is very expensive.

With the exception of the deleterious effect of excessive alcohol consumption on health, all other major risk factors are more common in less economically advantaged Australians. The huge burden of chronic disease absorbs most of our health dollars.

On the subject of inequity, it should be noted that there was nothing of significance in the budget to address the factors that lead to rural Australians struggling with health outcomes inferior to those of their city cousins in almost all areas. Co-payments become irrelevant when there are no doctors available.

The budget rhetoric does make the ill-informed suggestion that states should charge people who attend hospital emergency departments with “GP problems”. Many rural Australians have no other source of care and, frequently, reasonable uncertainty about the seriousness of a problem makes hospital assessment a wise choice for all of us.

It is important to note that inadequate Medicare coverage of necessary services and poor co-ordination of healthcare already has Australians — at least those who can afford to — spending an additional $29bn each year from their pockets to round out their healthcare needs. Only Americans spend more. Those who can’t afford the additional expenditure suffer worse health outcomes.

The National Commission of Audit reminded us that federalism needs a massive overhaul. Our health system is the prisoner of a uniquely Australian mess wherein the federal government is responsible for Medicare while the states run our public hospitals.

This is why so many have been emphasising to government the importance of global initiatives that demonstrate that Medicare should fund a system (not GPs’ bills) that features integrated primary care, wherein practices are staffed by a team of health professionals helping enrolled patients stay well, integrating their needs and providing community care for so many now sent to hospital.

This is the trend most countries are embracing, and it is very cost-effective. This is a far more important initiative than the announced but vague restructuring of so-called Medicare Locals.

Primary care in our country is at the crossroads, with only 13 per cent of young doctors interested in a career as a general practitioner. Fewer will be interested in becoming GPs after this budget. Integrated primary care, on the other hand, is an attractive and professionally satisfying model, as is the move to salaried or contractual arrangements with Medicare rather than the traditional fee-for-service model.

This model could have been started with the billions of dollars that the budget should have saved by ending the private health insurance rebate. This expenditure did nothing to relieve pressures on public hospitals or encourage people to insure privately.

While cost effectiveness needs to be addressed, there is no fiscal crisis in health expenditure that would prevent us pursuing efficiencies that could save us billions and improve outcomes. At 9.2 per cent of gross domestic product, our health expenditure is affordable and restructuring would keep it sustainable.

It’s time for a reform journey that would bring in better primary care and end the duplication associated with nine health departments for 23 million people (cost: about $4bn a year). The federal government should be the sole funder of the public health system (not the provider), with dollars available to providers who could generate a patient-focused, seamlessly integrated model of care.

John Dwyer is emeritus professor of medicine at UNSW.

Let's evaluate the benefits of co-payments with a proper trial