Opinion Health Check: is it normal not to want sex?

The idea that everyone should have and enjoy sex, and continue doing so through old age, is recent, writes Juliet Richters. 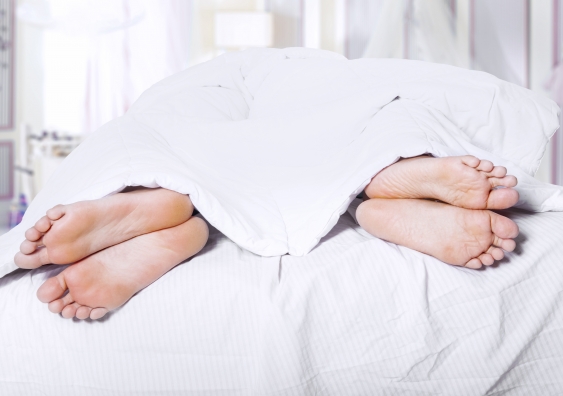 OPINION: Many people aren’t interested in having sex or don’t feel sexual attraction to other people, loosely termed as asexuality.

Few of these say will say, “I’m asexual” in the same way that someone else might say, “I’m gay”. More might identify this way, though, if they felt they wouldn’t be judged.

Are these people odd? Is it normal not to have sex or not to be interested in having it?

In the Sex in Australia national survey, our interviewers spoke to more than 20,000 people between 16 and 69. Around 6% of all respondents had never had penis-in-vagina intercourse (some of whom were same-sex-attracted) and nearly half of those had never had any kind of sexual experience with another person. But about two-thirds of virgins were under 20 and would probably go on to have intercourse.

Less than 1% – around 70 people – said they’d never felt sexually attracted to anyone, but this number is probably higher in the real population.

Some people who suspect they might be confronted with questions about their sexuality and feel uncomfortable answering them might refuse to take part in such surveys. Even in the best random-sample population surveys, on any topic, one in every three or four eligible people refuses to participate.

We know the people who refuse sex surveys are not the same as those who take part. Refusers are likely to be less sexually liberal in their attitudes and also younger.

Thus many sexually inactive people, especially virgins, are probably missing from sexual behaviour surveys. For a start, in Sex in Australia, 99% of people over 30 say they have had intercourse. This is surprisingly high when you think about lifelong singles, including some disabled people, nuns and priests.

But these days, failure to achieve partnered status is often seen as a problem. So one issue for people not interested in sex is created by everyone else’s idea that they should be and that there’s something wrong with them.

Even among people in male–female regular sexual relationships, the Sex in Australia survey showed about one person in six had not had sex in the past four weeks. Asked: “During the last year, has there been a period of one month or more when you lacked interest in having sex?”, about a quarter of all men and half of all women said yes. This is much the same in Britain and the United States.

But, somehow, the question itself sets up the expectation that not feeling like having sex is a failing or problem, especially as it’s followed by other questions about things that really sound like problems, such as painful intercourse and trouble keeping an erection.

Feeling up-for-it is also quite subjective and relates to personal circumstances; sometimes it’s relative. Some people feel they lack interest because they don’t want sex as often as their partner, even if they would miss it if they had to go entirely without.

People who don’t feel the need for sex are rarely or never aroused. They can go for days, weeks, months or even years without sex, whereas others are irritable, distracted and unhappy after even a few days of sexual abstinence; “biting the walls”, a colleague of mine once called it.

And some people are interested when there’s someone around to have sex with, but with no partner there as a prompt, they don’t miss sex.

Sexual interest comes and goes over time. It can disappear at times of illness and stress (even though some people use sex as a kind of stress-reliever). Most parents of young children know the sensation of being far more keen on sleep than on sex.

For many, sexual interest wanes in later life, though it may flower again in a new relationship. The social institution of monogamous marriage means that people might at times feel they should supply the sexual “needs” of their partner and it can become a duty to have sex, and want it.

Some of those people may have personality traits that would put them on the autism spectrum, such as generally lacking interest in other people. Others are simply not aware of any internal sexual drive, although they may still have close, even romantic, relationships.

Sex was once something that was either done in the marriage bed, whether as a pleasure or a duty, or not done at all except by libertines and reprobates. The idea that everyone should have and enjoy sex, and continue doing so through old age, is recent. It seems a pity to replace a set of prohibitions on sex with a prohibition on not having it.

Juliet Richters is a Professor in Sexual Health, UNSW.

HIV lecture to air on ABC