Australia is experiencing a surge in gonorrhoea and syphilis infections and a dramatic rise in hepatitis C-related deaths, according to an annual surveillance report from UNSW's Kirby Institute. 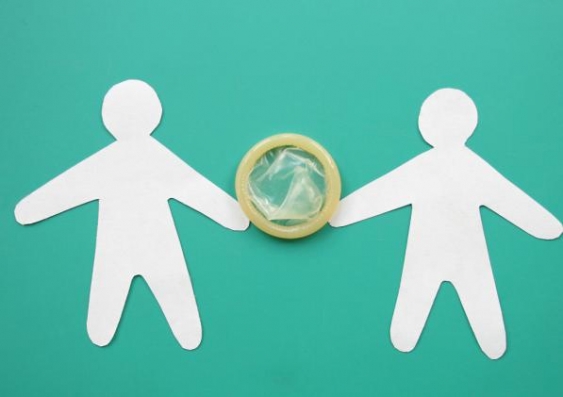 Australia is experiencing a surge of sexually transmitted infections including gonorrhoea and syphilis, and a dramatic rise in hepatitis C-related deaths, according to the Blood-borne Viral and Sexually Transmissible Infections in Australia 2014 Surveillance Report released by UNSW's Kirby Institute.

Chlamydia remains the most frequently reported notifiable infection but diagnosis rates have declined for the first time in recent history, the report reveals.

Figures also indicate a massive disease burden caused by the hepatitis B and hepatitis C virus infections. The estimated number of people dying from liver disease related to hepatitis C infection has more than doubled over the last 10 years, according to the report, which was released today  at the 9th Australasian Viral Hepatitis Conference in Alice Springs.

“These infections are a major public health problem in Australia and should not be taken lightly,” said Associate Professor David Wilson, lead author of the national report. “The number of people dying from advanced liver disease related to their hepatitis C infection has more than doubled over the last 10 years. It will only get worse as a wave of many people with the infection develop more severe disease in years to come.”

Hepatitis B and C infections were the underlying causes of liver disease in 75 liver transplants and an estimated 1000 deaths in Australia in 2013.

“This places an enormous burden on the health of our nation and on our resources, and really speaks to the need for improved access to effective treatments for these infections,” said A/Professor Wilson. “Not only will this greatly improve the health of individuals with liver disease, but treatment can also have a preventative role in reducing new infections.”

The report also reveals that chlamydia was again the most frequently notifiable condition in Australia in 2013 with 82 537 new diagnoses.

“Although chlamydia rates are still very high, this was the first time in recent history that there was a decline in rates of chlamydia diagnosis,” said Wilson.

Gonorrhoea levels continue to increase substantially, with 14 947 notifications in 2013 compared with 13 842 in 2012. The rate of diagnosis of gonorrhoea has increased by 80% over the last five years. This may be attributable to increased testing over this period.

Australia recorded its highest ever levels of infectious syphilis in 2013, with1 765 new infections. Substantial rises in infectious syphilis occurred in most jurisdictions over the last 5-10 years, particularly among gay men, however, there have also been large increases among women in recent years.

Substantially greater rates of diagnosis of notifiable sexually transmitted infections (STIs) were recorded in the Aboriginal and Torres Strait Islander population compared with the non-Indigenous population.

“STI rates are disproportionally high in Indigenous communities and especially in regional and very remote areas,” said Dr Marlene Kong, head of the Aboriginal and Torres Strait Islander Health Program at the Kirby Institute. “We must continue to promote awareness of symptoms and the need for regular testing across all communities, and improve access to, and uptake of testing and treatment for these curable infections.”

The decline in the proportion of young Australian-born women aged 21 years or younger who were diagnosed with genital warts at their first visit to sexual health clinics has continued, due to the introduction of vaccination against human papillomavirus. Whereas it was 14% before the vaccine was introduced in 2007, it was recorded as 1% in 2013.

“The success of the vaccination program in Australia is world-leading and already resulting in the virtual elimination of a once common and debilitating infection in young Australians,” said Professor Basil Donovan from the Kirby Institute.

The national HIV statistics, also contained in the report, were published ahead of the full report in anticipation of the 20th International AIDS Society Conference hosted in Melbourne in July.

Beginning of the end of hepatitis B in Australia?