The latest data on the number of deaths in Australia from heroin and other opioid use shows a worrying upward trend, according to UNSW researchers. 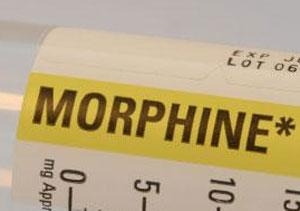 A total of 500 Australians aged 15 to 54 died from accidental opioid overdoses in 2008 and preliminary estimates suggest deaths of this nature will be higher again in 2009 and 2010, according to the National Drug and Alcohol Research Centre.

The largest recorded increase was among Australians aged 45 to 54, with preliminary figures indicating deaths in that age group have increased by about 50 per cent since 2008.

Professor Michael Farrell, Director of the National Drug and Alcohol Research Centre at UNSW, says while deaths from heroin and other opioids are nowhere near the levels of the late 1990s when there was an expansion in the heroin market, rates are climbing.

“Many opioid related deaths are due to multiple drug toxicity, which increases the risk of fatal overdose and there needs to be continued awareness of the risks of multiple drug consumption,” Professor Farrell says.

He says the Australian population is ageing and those people are increasingly likely to be prescribed opioids for pain.

"The risk of dependence needs to be well understood and promoted through health education activities," Professor Farrell says. This age group is most likely to be taking multiple prescription drugs."