Fear around cancer clusters is distracting us from the real risks associated with our biggest killer. 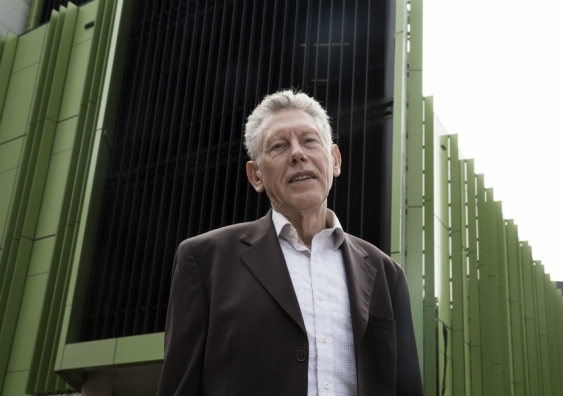 Cancer is not only Australia’s most prolific disease – it’s also the most feared. And that can cause problems for cancer control specialists like UNSW’s Professor Bernard Stewart, whose message about the individual’s role in minimising risk can get lost amid the scare-mongering.

Take the issue of cancer clusters, where a group of people in one location succumbs to cancer with no apparent cause other than fears of an insidious carcinogen and a cover-up by authorities.

Investigations into cancer clusters, including those at Hinkley in California (featured in the film Erin Brockovich) and at the ABC studios in Toowong in Queensland, have provided no insight regarding causation, says Stewart.

Evidence is scant that ingested chromium 6, publicised as the culprit in Hinkley, causes cancer in humans, while there is now definitive evidence that a cluster of breast cancer cases at the ABC was simply due to chance.

While some cancers are clearly caused by exposures beyond the individual’s control, such as localised exposure to toxins from mines or in the workplace, the vast majority of cancers stem from lifestyle choices.

Yet, says Stewart, such is public anxiety about the possibility of cancer clusters that this message struggles to gain traction.

“It’s easy to focus on cancer being inflicted on the community in an insidious and undetected way, and the sense of outrage carries with it a momentum all of its own,” he says. “The message that having a beer or stretching out on the beach may warrant concern about cancer risk may seem pedantic or extremist in comparison.”

That’s why the public tends to jump on any newly publicised cause of cancer, however unlikely – from underarm deodorant to lipstick and artificial sweetener – rather than heeding public health messages that are proven to reduce risk, like giving up smoking or cutting back on alcohol.

The good news that fears of cancer clusters are unfounded “might be shouted from the top of Uluru for all the likelihood it has of reaching the wider community”, says Stewart.

The World Cancer Report 2014, published by the International Agency for Research on Cancer (IARC), part of the World Health Organization and edited by Stewart, shows death rates from cancer have progressively increased to become the world’s biggest killer.

That’s partly due to an ageing population, as the greatest risk factor for any cancer is age, says Stewart. The other reason comes down to people’s personal decisions or situation.

While Australia leads the world in tobacco control, cigarette smoking is still the single major cause of cancer worldwide. Other factors, such as drinking too much alcohol (responsible for 3% to 5% of all cancers in countries such as Australia), deliberate exposure to sunlight, and being overweight and obese heighten your cancer risk.

There is mounting unease over whether health systems, particularly in the developing world, will have the capacity to cope with the future cancer burden.

“It’s one thing to say something is a choice for the individual; it’s another thing entirely to say the whole responsibility lies with the individual.”

The answer, says Stewart, lies in helping people to minimise their risk – for example by introducing legislative and regulatory measures to limit the availability and promotion of known cancer-causing agents, like cigarettes.

Stewart says research data are now sufficient to underpin recommendations to governments on regulating major carcinogens, such as alcohol, and sugar in soft drinks – a move that is certain to be resisted.

The important work may not generate the media hype that comes with reports of cancer clusters – but it does address what is most likely to succeed.

This article was first published in Uniken.